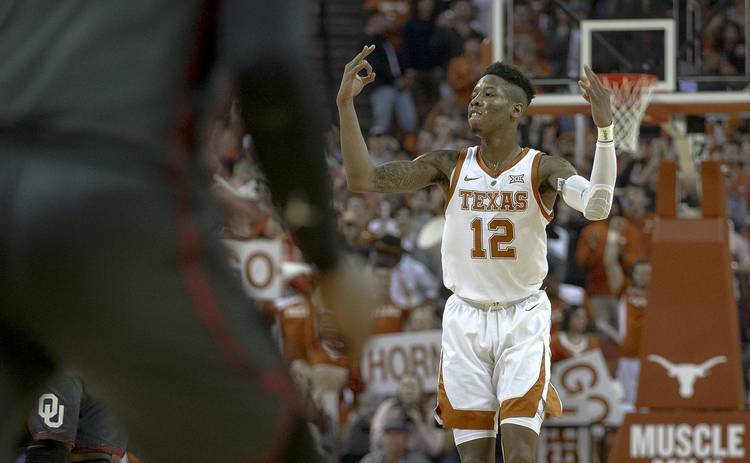 Advertisement
This time the decision came down from The Tower. Roach’s indefinite suspension comes at the worst possible time. For a player who is supposed to be a senior leader on a team that’s been battling to get out of the mediocrity department, he has shown horrible judgment. Again.

I’m all for second chances, but this would be his third if he comes back. That’s one too many since it’s obvious he’s unable to color between the lines set forth in his scholarship agreement.

Smart said it’s doubtful that athletic director Chris Del Conte would reinstate Roach for Wednesday night’s game at Baylor, but beyond that — the door isn’t just cracked for his return, but wide open with plenty of season left. Smart added that he isn’t going to cast his star player aside and the 15-12 Horns could certainly use him with the very real possibility of missing the NCAA Tournament for the second time in four seasons.

Out of sheer curiosity, I asked Smart if Roach were to be suspended for a fourth time, would he still be on the team?

“Hopefully we don’t have to cross that bridge, but I think you make those decisions if and when something like that happens,” he said.

This is classic Preferential Treatment 101, straight from the Jimmy Johnson school of coaching. You treat your stars differently than you treat the scrubs.

AP scribe Jim Vertuno got straight to the point about the leniency on these three suspensions and asked: “Why him?”

“He’s made a ton of progress,” Smart said. ’He’s made a lot of right decisions so it’s not a situation where he hasn’t grown, he hasn’t moved forward. But obviously, with this recent turn of events, he had to be suspended and that’s where we are.”

From viewing Smart’s demeanor, he doesn’t come across as a coach who is just trying to save his job though he knows he must make some noise over these next three weeks to improve his standing. He has genuine concern for Roach the person and he obviously doesn’t believe his player’s actions add up to a dismissal, though they should.