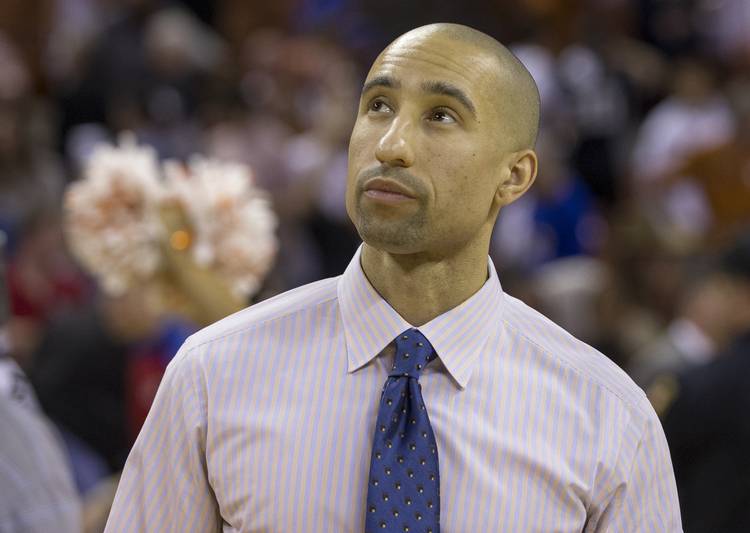 The two most important words of Shaka Smart’s upcoming offseason?

Results like these aren’t supposed to happen at the University of Texas. Just ask his buddy Charlie Strong, who got run off after three sub-.500 football seasons.

Smart isn’t likely to go down that same road, but he must quickly place this nightmare year in the “aberration” file. That will only come with some grown-man bounce-back in 2018. Losing seasons create more doubt than hope, and it’s safe to say his honeymoon in Austin ended quite some time ago. An 11-22 season with a 4-14 Big 12 mark can stain the prettiest of wedding dresses.

So what happens now?

Smart gets back to work. He takes a long, hard look at his role in all of this. He does a thorough evaluation of his coaching and support staffs. He must come up with real answers as to why the Longhorns were an abomination, incapable of putting together any sort of positive momentum with a favorable schedule.

Now mind you, these answers should not be designed to give the fan base any sort of closure, but to ensure that the coaching staff doesn’t repeat the same mistakes come next season.

His first in-house recruiting pitch should be to freshman center Jarrett Allen, who has been mentioned in some NBA mock drafts but not in nearly enough to make him a sure-fire lottery pick. His second should be to freshman guard Andrew Jones, who said he would “likely” return next season, which left the door slightly open for him to do something dumb like declare for the draft.

Meanwhile, sophomores Kerwin Roach and Eric Davis should take 1,000 jump shots each day and another 1,000 tear-drop floaters in the lane because both missed too many gimmes to count this season. Each also should ask their head coach what they must do to gain his respect off the court as team leaders because neither is anywhere close to where he needs them to be in that regard.

A much-needed point guard is on the way in the person of Oak Hill Academy’s Matt Coleman — a huge table-setting upgrade over anyone that brought the ball down this season — and three top-100 recruits, including Houston-area products Royce Hamm and Jase Febres.

What a difference a year makes. Last March 13, Smart was in a particularly good mood. Even though his team had gone a whole month between three-game winning streaks, Smart was almost jovial, joking with reporters who were on hand to document the news of Texas’ opening NCAA opponent.

Well we all know now that Northern Iowa beat the Longhorns five days later with a three-quarter-court, buzzer-beating miracle off the hands of some guy named Paul Jesperson. It hurt, not only because the Horns were denied a chance to advance and set up a matchup with vulnerable Texas A&M, which had smacked the Horns by 11 in the Bahamas in non-conference, but also because the players and coaches felt as if the team was poised to make a run.

So hopes were high entering this season despite the loss of a senior front line and all-conference point guard Isaiah Taylor. After all, Texas had beaten North Carolina, which eventually lost the national title at the buzzer to Villanova, and Oklahoma, which made it to the Final Four.

What shell-shocked fans didn’t know as they walked out of the Chesapeake Energy Arena was that the basketball program would produce only 11 wins over its next 33 games to finish with the most losses since the 1983 UT team that went 6-22.

This cannot take place again. Shaka knows as much.

Embarrassment is a great motivator, and Shaka’s bunch made the wrong kind of history in his second season. Contract extensions and last-place finishes in the Big 12 don’t exactly go hand in hand. When you’re handed the keys to a program — even one that’s not a national contender but is a consistent NCAA tourney participant — a certain responsibility comes with it.

Smart has some figuring to do, and just like his players, he must work on himself this offseason.

His keys, his program, his responsibility.