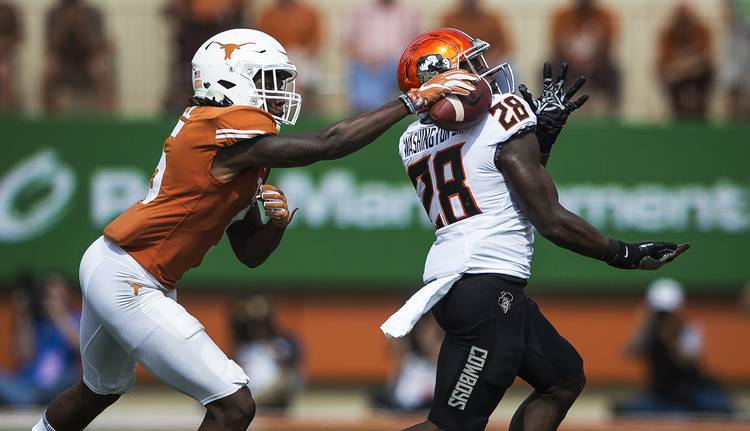 Will Connor Williams become a Patriot? Will Malik Jefferson become a Steeler?

Let’s talk about DraftTek’s mock draft, which goes against the grain when it comes to Hill. Of the 29 other mock drafts that we’ve looked at since mid-January, only one slotted Hill as a fourth-round pick. The DraftTek predictions have Hill — and Elliott — going off the board before Jefferson, who was a first-round selection in nine of the aforementioned drafts. DraftTek even paired Hill with the New Orleans Saints’ first-round pick in the mock draft it released last week.

Hill recorded two interceptions, six pass break-ups and three non-offensive touchdowns this past season, and he was regarded as one of the Big 12’s top cornerbacks. He, however, was suspended for the season’s final four games for a violation of team rules.