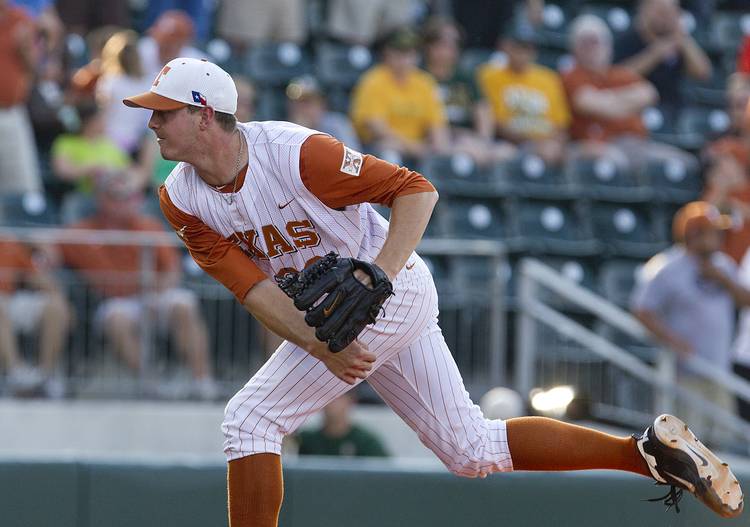 UT pitcher Corey Knebel hurls the ball during action from the game between Texas and Baylor in Austin in May of 2012. (Alberto Mart’nez AMERICAN-STATESMAN)

Former Longhorns pitcher and current Milwaukee Brewer, Corey Knebel, is on the verge of breaking a pitching record set in 2014 by Aroldis Chapman of the Cincinnati Reds.

Knebel was drafted by the Detroit Tigers with the 39th overall pick in June of 2013. He made his MLB debut in 2014 before being traded to the Texas Rangers two months later. He was traded to the Brewers in January of 2015.

Breakfast with Bevo: Where — and when — will Jarrett Allen be drafted?