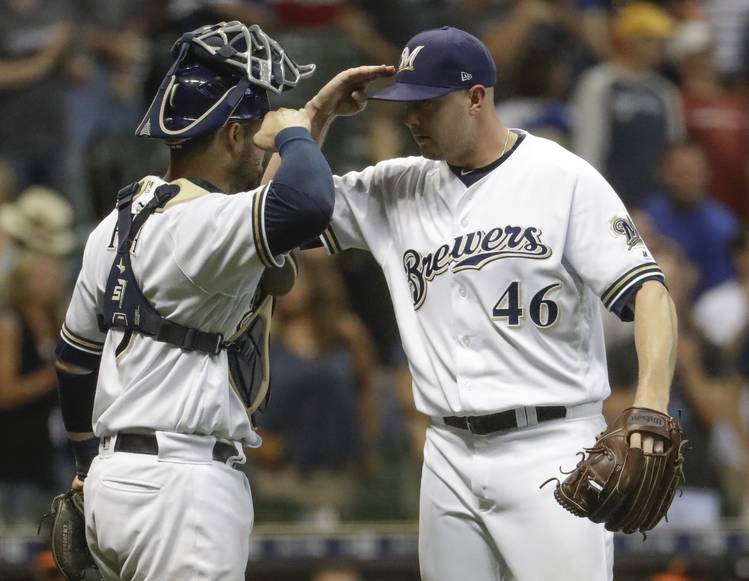 Despite giving up a walk-off home run to Yankees’ Clint Frazier on Saturday, Corey Knebel extended his streak of relief appearances with at least one strikeout to 42 this season and 43 overall.

Chase Headley strikes out. Make it 43 straight Corey Knebel appearances with a strikeout, including 42 this season.

The former Longhorn holds the MLB record for consecutive games with a strikeout in a relief appearance to start the season, in addition to the single-season record. Knebel trails Aroldis Chapman by six games for the overall record. Chapman had a strikeout in 49 straight relief appearances, over two seasons, with the Cincinnati Reds from 2013 to 2014.

Knebel was having a great week before Saturday’s surprising 5-3 loss in which he gave up two four-pitch walks and a three-run homer. On Sunday, Knebel found out he’d been selected to the All-Star game and also found out that he and his wife were expecting a daughter. Two days later Knebel struck out the side to earn his 41st straight relief appearance with a strikeout, extending his MLB single-season record.

With Saturday’s strikeout, Knebel moves to 72 on the year, trailing Chris Devenski of Houston by two for the most by an MLB reliever this season.

The Milwaukee Brewers have one more game before the All-Star break. If Knebel doesn’t make an appearance on Sunday he’ll end the first half of the season with 13 saves and a 1.76 ERA.

Pair of Texas hurdlers qualify for finals at Canadian Championships