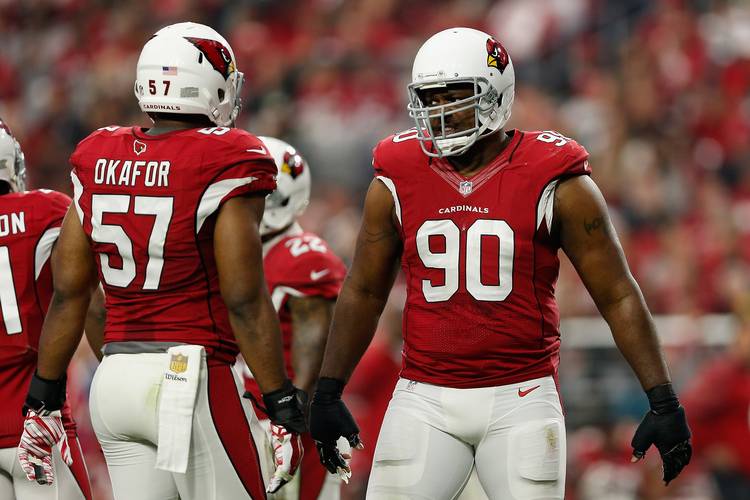 Defensive end Cory Redding #90 of the Arizona Cardinals during the NFL game against the Green Bay Packers at the University of Phoenix Stadium on December 27, 2015 in Glendale, Arizona. The Cardinals defeated the Packers 38-8. (Photo by Christian Petersen/Getty Images)

Texas ex Cory Redding called it a career Wednesday after 13 seasons in the NFL.

The former collegiate All-American has only 15 hours remaining to earn a bachelor’s degree in Youth and Community Studies from Texas. He will be enrolling this fall.

While he made his mark in the pros in a league where the average player doesn’t last four seasons, Redding’s work outside of his sport set him apart. He has been a tireless philanthropist from the moment he left school, teaming with his wife to form the Cory and Priscilla Redding Family Scholarship, which the couple personally funded with a $100,000 donation to the University of Texas in 2012. He has also conducted football camps for kids in his hometown of Houston over the last decade.

Redding, a member of Texas’ Hall of Honor Class of 2014, played with five NFL teams and tallied 417 tackles (306 solo), 35.5 sacks, two safeties, two interceptions, 12 fumble recoveries, four forced fumbles and 21 passes defensed in 188 career games (147 starts). He missed only 12 games in his 13 seasons, despite the move from defensive end to the much more physical defensive tackle position in the second half of his career. And he scored a pair of touchdowns on fumble recoveries.

More important, Redding, a third-round pick in the 2003 draft, was a great example of an athlete who used sports as a platform to help others in his community. He will stay busy in his post-career with his Cory Redding Foundation and Redd’s Barbershop in Austin, where he plans to greet customers.