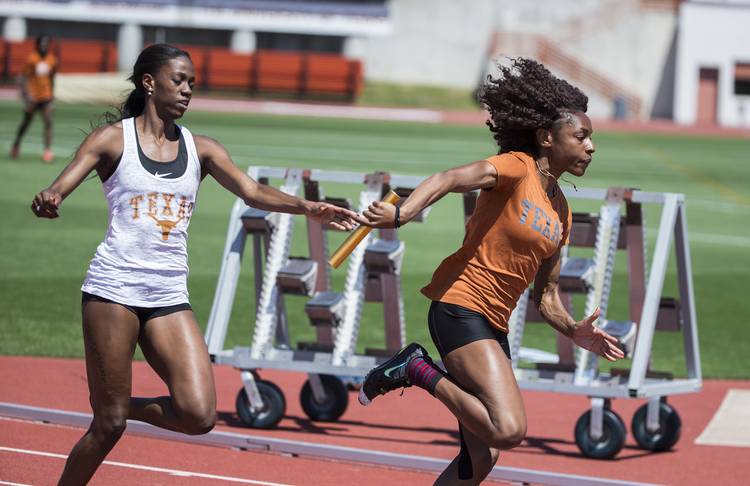 Records fell as members of the Texas Longhorns track and field team qualified for finals at the NCAA Indoor Championships in Birmingham, Ala. on Friday.

Teahna Daniels set a school record in the 60 meters while Courtney Okolo set a Birmingham CrossPlex facility record in the 400 event.

Okolo set the facility record with a time of 52.02 seconds in the prelims. Chrisann Gordon ran a 52.28 in the 400 meters to qualify for the finals as well. Okolo will try to repeat as champion of the 400 meter event in Saturday’s finals.

On the men’s side, Zack Bilderback finished the 400 meters in 46.48, winning his heat and advancing to the finals. His time was third best among qualifiers.

Through six of 17 events the Oregon men lead with 25 points. Through five of 17 events Georgia leads the women with 27 points. The Texas men and women had just one opportunity to score on Friday but failed to do so.