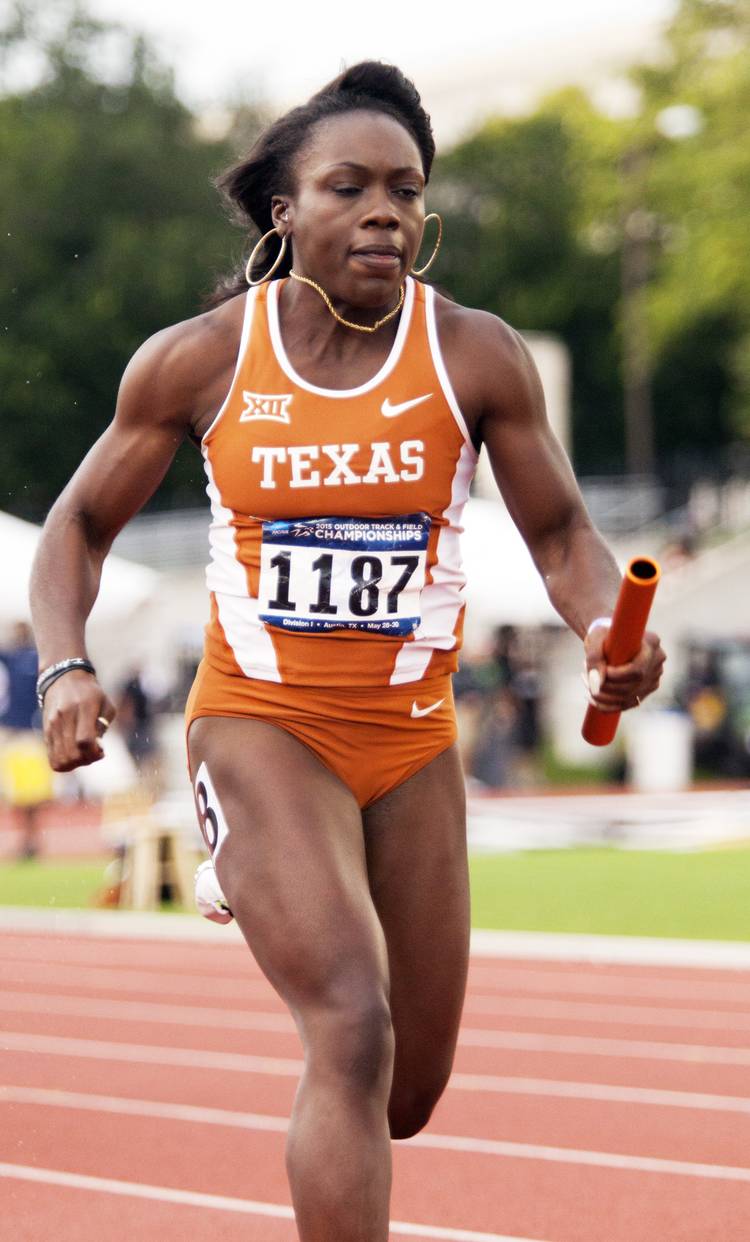 The Texas Longhorns track and field team advanced all four of its relay teams and put on successful individual performances as well at the Drake Relays in Des Moines, Iowa on Friday.

BJ Adeokun and Ariel Jones each advanced to the finals of the 100-meter hurdles. Adeokun finished in 13.53 while Jones ran a 13.58.

Chrisann Gordon, Courtney Okolo, Caitland Smith and Morolake Akinosun ran a 45.05 in the women’s 400-meter relay. Smith also ran an 11.68 in her preliminary heat of the 100 meters to advance to that final as well.

Charles Anumnu, Carlton Anumnu, Zack Bilderback and Aldrich Bailey Jr. ran a 40.25 to move to the final with the second-best time of the men’s 400-meter prelims.

Carlton Anumnu, Bailey and Bilderback teamed up with Chris Irvin to advance to the final in the 1600-meter relay. They finished in 3:07.58.

The women’s 1600 team finished in 3:39.42. The time was good enough to grab a spot in the final for Zola Golden, Melissa Gonzalez, Smith and Jones.

Jones took second in the 400 meter hurdles final with a time of 58.14 seconds.

The Longhorns closed the evening with a ninth-place finish in the women’s 3200-meter relay. Alex Cruz, Okolo, Fowler and Gabby Crank finished the race in 8:55.53.

Texas will conclude action at the Drake Relays on Saturday beginning at 7:30 a.m.