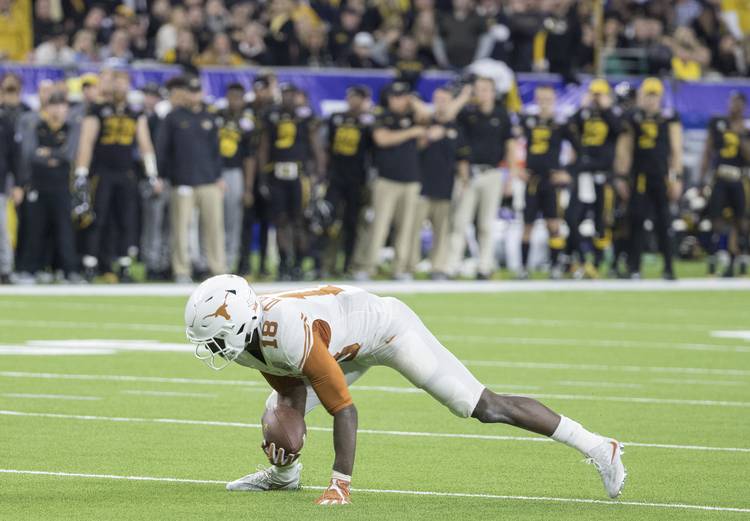 Davis was part of Charlie Strong’s infamous “Florida Five” signed in 2015. But only he and John Burt remain with the program. Davis was a four-star recruit with offers from 21 programs, including Florida State, Miami, Auburn and Ohio State. He was the No. 27-ranked cornerback in the class and a national top-300 prospect.

Davis recorded four interceptions as a senior and was a two-time all-county selection. He played at Homestead High School (Fla.) as a sophomore and junior before finishing his prep career at Booker T. Washington.

Who Davis has been here — so far

Davis began his career with promise. He started the final five games of his freshman season in 2015, earning honorable mention All-Big 12 kudos from the coaches. He led the team with seven pass breakups while adding 36 tackles and an interception. Davis played in all 12 games as a sophomore, but slowly moved away from the starting lineup as the season progressed. He finished the year with four starts and 15 tackles. The suspension of Holton Hill gave him new life as a junior. He started the final four games and finished the season with 26 tackles and two interceptions.

First off, Texas needs Davis to be healthy. A hamstring injury kept him out of some practices this month, but he is expected to return for UT’s opener against Maryland. When he returns, Texas will have 34 starts worth of experience at the cornerback position and Kris Boyd has said that experience is “always a good thing.”

Last year at West Virginia, Davis gave himself a C grade for his performance in a 28-14 win. He had seven tackles and a pass breakup against the Mountaineers, but also allowed a touchdown pass. The occasional C is excusable in the Big 12, but this Texas defense will thrive if Davis can give himself a few A’s and B’s this season.