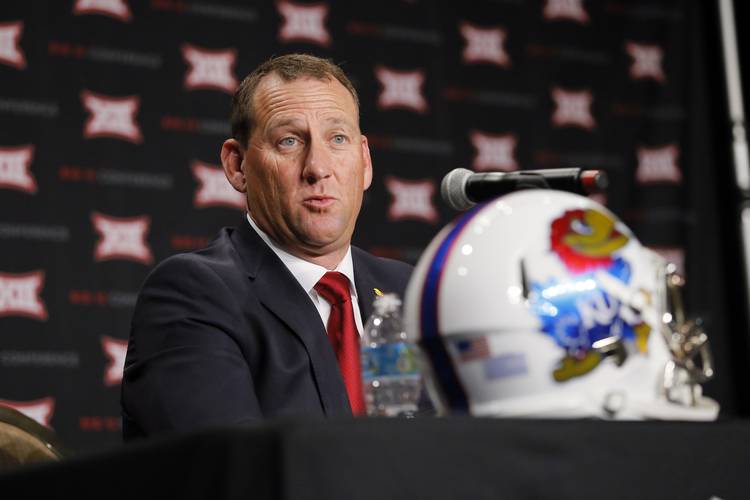 DALLAS — After trying to establish a winning foundation for his program in year one, Kansas coach David Beaty says the next objective in Lawrence is to start winning.

The next victory will be the first for Beaty, whose team was rarely competitive in his first season as a head coach, finishing 0-12.

Success could come in the opener against Rhode Island, a FCS squad with only one win last year.

Key to turning around a Jayhawks program that was left in shambles by former coach Charlie Weis is improved play by quarterbacks. Beaty has yet to pick a starter but could be leaning toward Montell Cozart, whom he said had “a phenomenal spring.” Cozart, who opened last year as the starter before suffering an injury in game four, is with Beaty in Dallas, which indicates he may have the edge over sophomore Ryan Willis and redshirt freshman Carter Stanley.

Beaty made it clear that whomever wins the job will have to be productive to stay as the starter.

“They know if they exemplify characteristics that are not common of what we want back there then we’ll pull them,” he said.