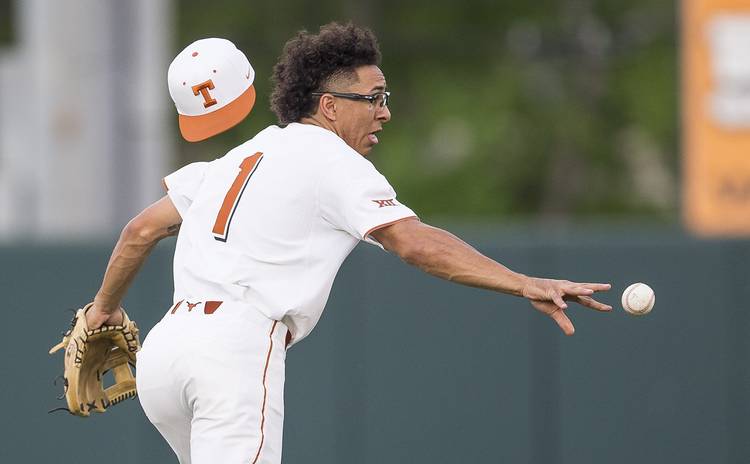 After missing the entire 2019 season, David Hamilton will soon need to decide if he’ll be a Longhorn when he returns to the baseball field.

The Texas shortstop was selected by Milwaukee in the eighth round of the MLB Draft on Tuesday. He was the 253rd overall pick. The estimated signing bonus for the 253rd pick is $162,000.

D-Ham is off the board ✔️

The @Brewers have selected @D_Ham27 in the 8th round of the @MLBDraft! #HookEm 🤘 pic.twitter.com/yKx2tJI4FV

This spring, Hamilton sat out what should have been his junior season after he injured his Achilles in a scooter injury. At the end of the year, Hamilton told the American-Statesman that he had been working on his upper-body strength but had not yet resumed jogging. He will have until July 15 to decide if he’ll continue his rehab as a Longhorn or a professional.

Hamilton recently expressed a desire to return to Texas in 2020. UT coach David Pierce later said that “Hopefully (the team that drafts him doesn’t) offer him too much that he doesn’t have any decisions to make.”

Three years ago, the Los Angeles Angels selected the San Marcos High star in the 28th round of that year’s draft. Hamilton chose to stick with his commitment to Texas and quickly appeared destined for a better result in the 2019 MLB Draft. As a freshman, Hamilton made an immediate impact with his glove and speed. As a sophomore, Hamilton increased his batting average by 73 points and hit the first five homers of his collegiate career.