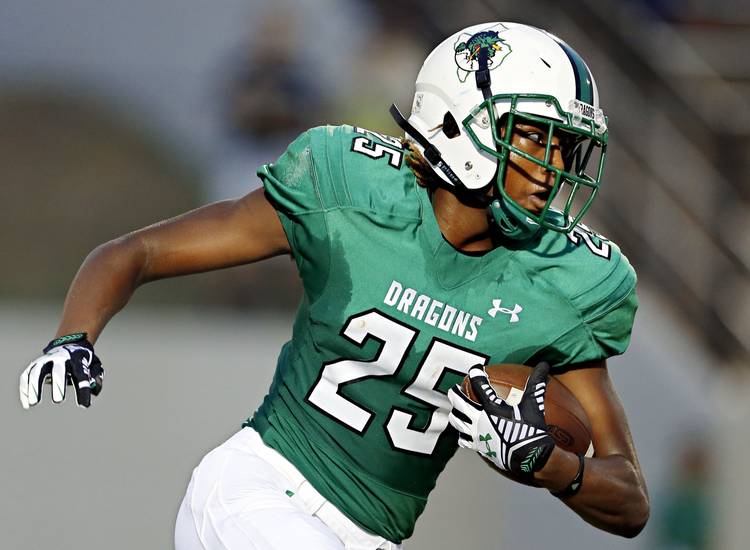 Texas wide receivers coach Jay Norvell may need to add some chairs to his meeting room after Wednesday’s signing day.

The Longhorns are expected to add three receivers — Manvel’s Reggie Hemphill-Mapps, Temple’s Davion Curtis and Southlake Carroll’s Lil’Jordan Humphrey — to join early-enrollee Collin Johnson. That’ll bring the Horns’ number of scholarship receivers in 2016 to 14 — assuming the plan is for former walk-on Ty Templin to remain on scholarship — which accounts for 16 percent of the 2016 roster.

That’s a huge number that should provide some spirited competition at practice.

Yet there’s a concern — is there quality to go with this quantity? Though quarterback Jerrod Heard shouldered most of the criticism in 2015 for Texas’ feeble offense, the receivers weren’t any better and accounted for just seven touchdown catches.

Sixteen receivers have signed with Texas over the past four seasons. Here’s a look at them and where they stand on the hierarchy at receiver.

Reggie Hemphill-Mapps (Manvel) — the first commitment in this class is the subject of the American Statesman’s signing day Q&A. He is predicting Texas to sign a top-three class.

DeAndre McNeal (Mesquite Poteet) — Switched between tight end and receiver but found success at neither. He finished his freshman season with zero catches.

Armanti Foreman (Texas City) — Fast but inconsistent. Too many drops.

Lorenzo Joe (Abilene Cooper) — Last year, he didn’t get onto the field until the fifth game when he scored a late touchdown against TCU.

Roderick Bernard (Sharpstown) — ACL tear in his freshman year dropped him to the back of the line.

Dorian Leonard (Longview) — Looks the part but finished 2015 without a catch.

Montrel Meander (Amarillo Palo Duro) — Redshirted his first year and then was expelled from school after he was charged with sexual assault. Charges were dropped and Meander recently enrolled at Grambling.