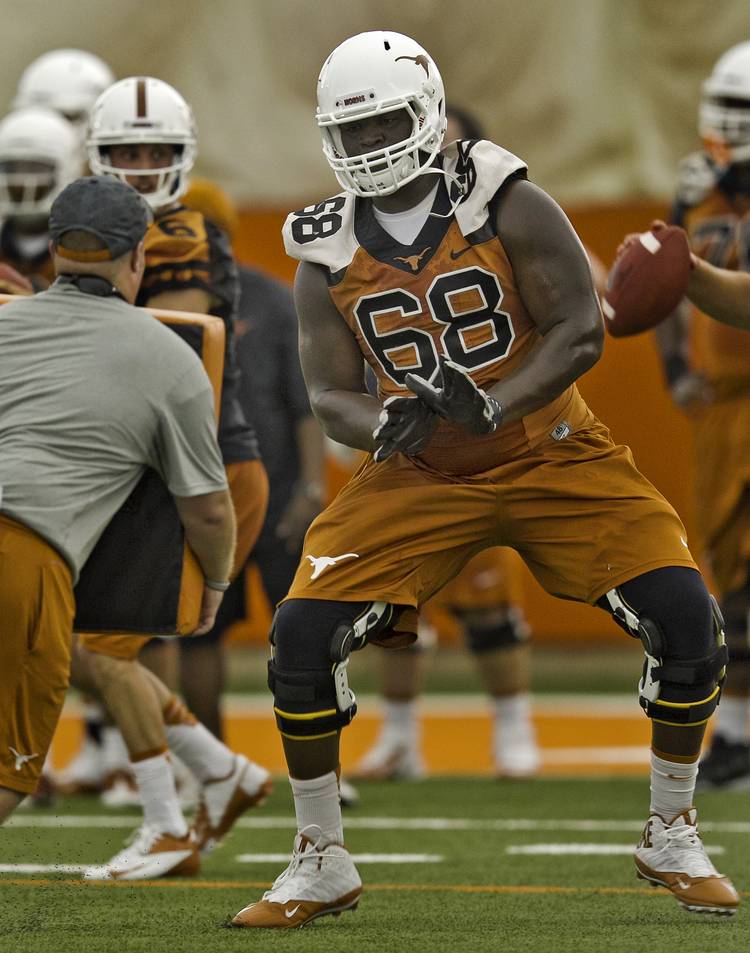 Let’s use Texas’ roster, history and scouting reports to countdown to the start of the 2017 football season. Today, we are only 68 days away from Texas’ home game against Maryland.

Which Longhorn wears No. 68? Nobody, although 68 was incoming lineman Derek Kerstetter’s number at San Antonio Reagan. Longhorn fans may remember OL Desmond Harrison in that jersey.

Fun fact about No. 68: Texas Ex John Harris led all UT receivers in 2014 with his 68 receptions, the longest of which was a 68-yard catch against Texas Tech. Only one other Longhorn — Harris’ 2014 teammate Jaxon Shipley — exceeded 40 receptions during Charlie Strong’s three years in Austin.