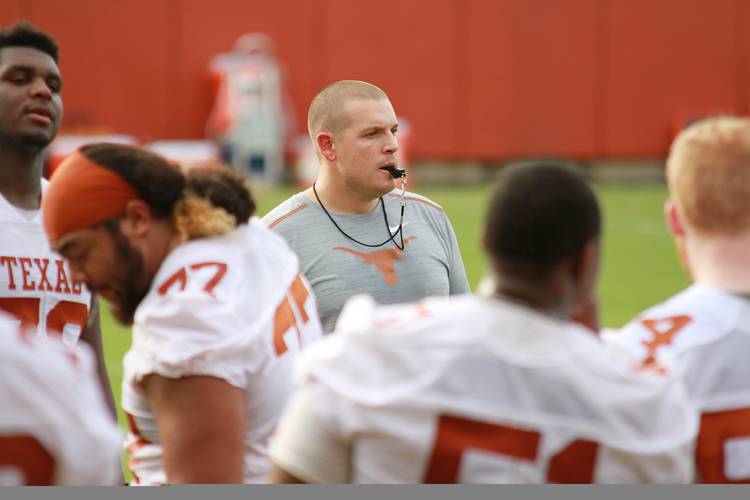 Neither New Mexico or Texas had confirmed the news as of Sunday afternoon. Warehime, however, has changed the description on his verified Twitter page’s bio to read “Offensive Coordinator for The New Mexico Lobos.” Warehime’s profile picture has been switched to the Lobos’ logo.

Warehime coached Texas’ offensive linemen in 2017 and spent the past two years with the offense’s tight ends. This fall, he was also tasked with coordinating UT’s special teams.

Over the course of a 12-year coaching career, Warehime has been an offensive coordinator once before. In 2009, his offense at Arkansas-Monticello averaged 21.4 points per game. Warehime was an assistant coach at New Mexico from 2012-14. He spent the past five seasons working under Tom Herman at Texas and Houston.

Over Herman’s first two offseasons in Austin, his coaching staff remained intact. Ahead of the 2018 season, an NCAA rule allowed the Longhorns to add Herb Hand as a 10th assistant coach.

After asking for NFL feedback, Samuel Cosmi to return to Texas’ offensive line in 2020