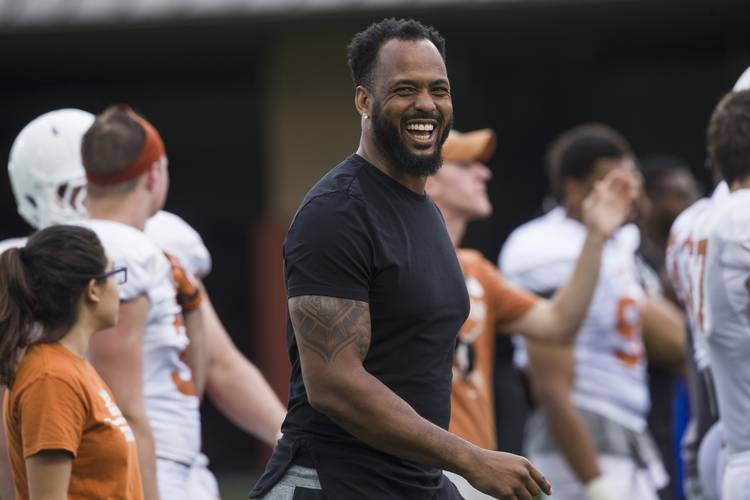 Derrick Johnson will have to be careful he doesn’t head for the wrong locker room when he returns to Arrowhead Stadium this fall.

He’ll be wearing the black and silver of the Oakland Raiders.

The beloved Texas ex linebacker who spent 13 seasons in Kansas City signed with one of the Chiefs’ greatest rivals on Friday. NFL Network’s Mike Silver was first to report the news.

The 35-year-old who earned legendary status at Texas for his play from 2001-04 is revered similarly in Kansas City. He is the Chiefs’ all-time leading tackler, and showed in 2017 that he’s still got it. He made 71 tackles and deflected seven passes after recovering from a torn Achilles tendon suffered in December 2016.

“I’m a Chief at heart,” he told the Kansas City Star upon entering free agency. “My kids are Chiefs fans, and I’m sure whatever team I’m on (next), my kids are gonna have two teams, I’ll tell you that.”

Things could get a bit awkward now that he’s playing in Oakland, but there is no questioning the mark Johnson has left with each fanbase he’s played for. Soon you can likely add Raider Nation to the list.