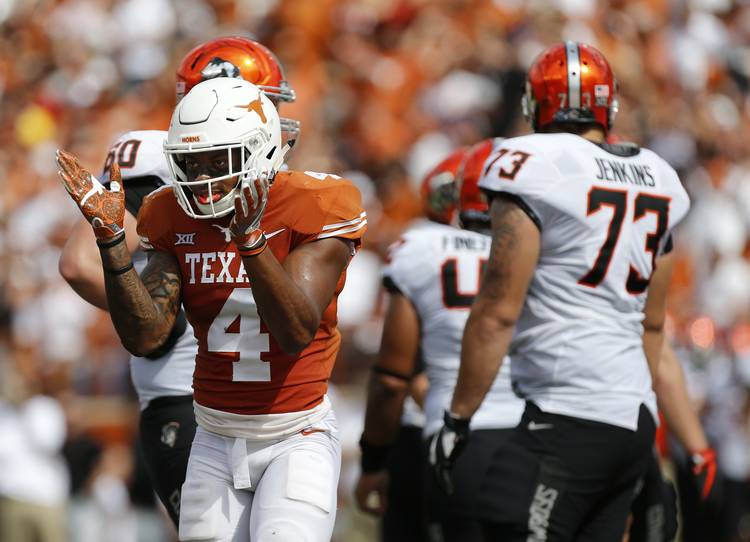 Texas defensive back DeShon Elliott (4) celebrates a play against Oklahoma State at Royal-Memorial Stadium on Oct. 21, 2017. (Stephen Spillman / for American-Statesman)

DBU is opening an alumni office in Baltimore.

Former Texas safety DeShon Elliott was selected by Baltimore in the sixth round of the NFL Draft on Saturday. Elliott was the 190th  overall selection. He joins ex-teammates Connor Williams, Malik Jefferson and Michael Dickson among the Longhorns in the 2018 draft class.

Nicknamed “The Joker,” Elliott had started only once before this past season. The hard-hitter from Rockwall, however, stepped onto the scene with four interceptions over a two-game span against USC and Iowa State. He finished his junior year with six interceptions, nine pass break-ups, 63 tackles and two defensive touchdowns.

The 6-1, 210-pound Elliott, who compiled his statistics over a bowl-less schedule, was named a finalist for the Jim Thorpe Award. He was also a unanimous All-American.