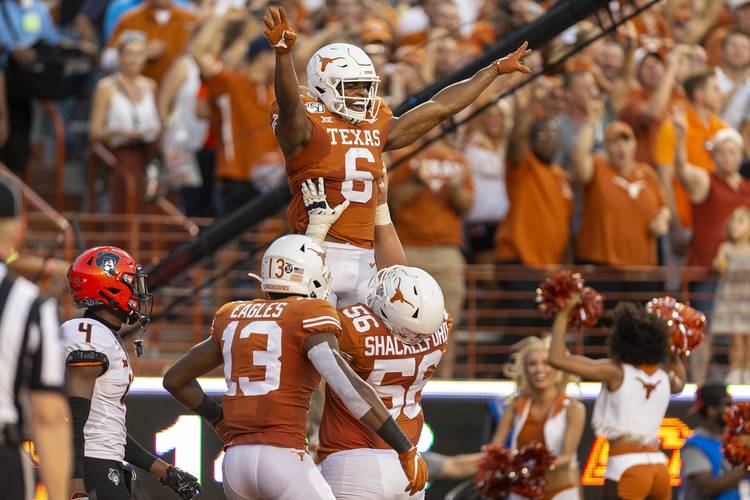 Texas senior Devin Duvernay was added on Wednesday to the watch list for the Biletnikoff Award, which is given annually to the nation’s top receiver.

Duvernay was not among the 50 names on a preseason watch list that did include UT’s Collin Johnson. He and LSU sophomore Ja’Marr Chase, who turned eight receptions against Texas into 147 receiving yards on Sept. 7, were two of the watch list’s eight additions on Wednesday.

No Longhorn has ever won the Biletnikoff Award. Jordan Shipley was a finalist in 2009.

Duvernay started 14 times as an outside receiver in 2018, but he moved to the slot this fall. Through four games, he has 39 receptions, 377 receiving yards, four touchdowns and zero dropped passes. Duvernay is on a pace to break UT’s single-season record of 116 catches, which was set by Shipley in 2009.

In addition to the Texas offense, Duvernay’s 39 catches lead the nation. Hawaii’s Cedric Byrd ranks second nationally with his 32 receptions.

With The Revolution set as an opening act, Texas announces a kickoff time for the Kansas game