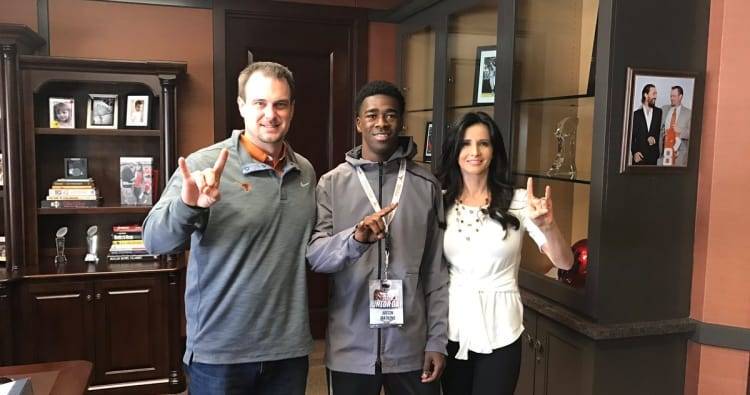 Watkins said on Twitter that he will be making his final commitment on National Signing Day. The 2018 wideout from Clermont (Fla.) East Ridge is the No. 44 overall prospect in the country for 2018 and the No. 7 receiver overall, according to the 247Sports Composite.

Watkins had been committed to Texas since February, when he flipped his pledge from Florida State. At the time, he said that would be his final decision.

The 5-foot-11 receiver also has offers from Alabama, Clemson, Georgia, Florida and LSU.

Had a great time in Texas, happy to be apart of longhorn nation. This will be my last and final commitment #HookEm 🤘

With Watkins’ decommitment, Texas’ recruiting class ranks No. 7 in the country and first in the Big 12, according to the 247Sports Composite. The Longhorns currently have eight commitments for 2018.