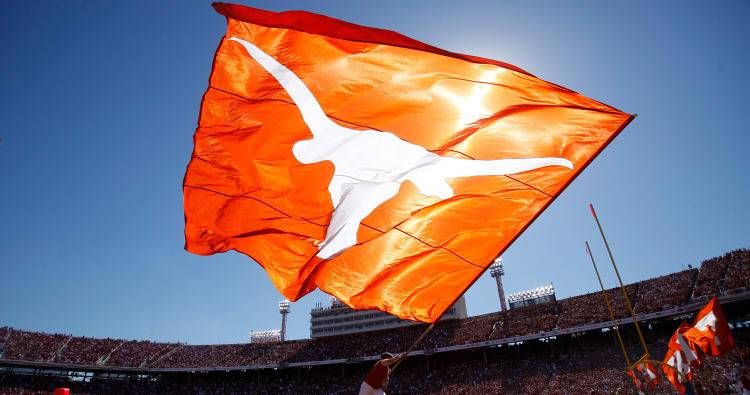 Texas landed another body blow against the rest of the recruiting world Tuesday night when four-star JUCO tight end Dominick Wood-Anderson chose the Longhorns over Alabama and Louisville. The 6-foot-5, 245-pound three-star from Arizona Western College is the No. 1 ranked JUCO tight end in the nation, per 247Sports Composite.

Skill set: There is a reason Wood-Anderson ranks as the No. 1 JUCO tight end in the nation and the No. 14 overall JUCO product in the country, per 247Sports. The 247Sports Composite three-star possesses a rare combination of size and route-running ability. His skill set is harder to find in modern football, as more offenses move towards the spread. Texas abandoned the position with the Air-Raid offense. Wood-Anderson creates mismatches as a receiver because of his big frame and power. He’s also a willing run blocker with enough physical presence to play all three downs.

Immediate impact: Wood-Anderson should immediately compete for starting snaps when he arrives on campus before the 2018 season. He’ll have two years to contribute as a Longhorn and will arrive on campus as one of the oldest and most experienced players in the position group. It’s harder to find three-down tight ends in modern football. Wood-Anderson can block defensive ends and flex-out as a wide receiver to create mismatches in the passing game. He’ll contribute early for the Longhorns if all goes to plan.

Fitting into the program: It is no secret Herman wants to immediately improve the quality and depth of the tight end position at Texas. The Longhorns rarely used a traditional tight end late in Charlie Strong’s cycle and that means the type of players Herman needs to run his offense aren’t yet on campus. Herman signed two quality tight ends in the 2017 class and added a one-year grad transfer over the summer to provide depth in the 2017 season. Wood-Anderson is a three-down tight end with the size to block and the athleticism to hurt defenses as a receiver.

Recruiting at the position: Texas isn’t done recruiting tight ends. The Longhorns would like to add one more player at the position in the 2018 cycle and two in-state tight ends from the Houston area remain the top candidates. The leader is Malcolm Epps, a one-time Alabama commit from DeKaney High School. He was close to signing with Texas over the summer and remains a Longhorn lean. Another name to know is four-star Mustapha Muhammad from Fort Bend Ridge Point.