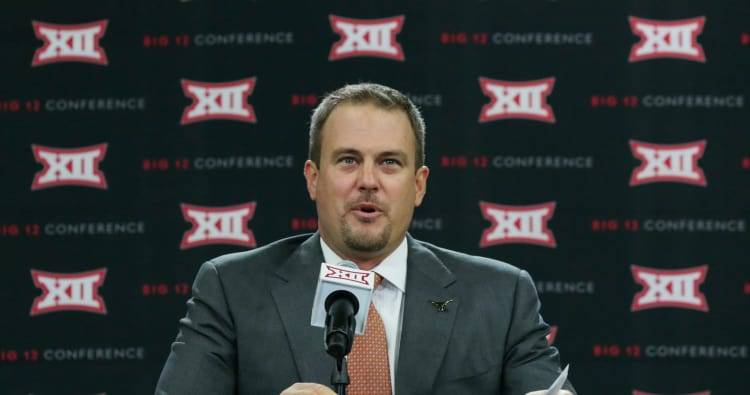 Texas’ search for a tight end was rewarded Tuesday after JUCO target Dominick Wood-Anderson pledged to the Longhorns. He becomes the 15th commitment in Texas’ 2018 recruiting class and the first at tight end. The 6-foot-5, 245-pound four-star out of Arizona Western College was ranked the No. 1 JUCO tight end in the nation, per 247Sports Composite.

The Longhorns beat out Alabama and Louisville for Wood-Anderson’s commitment.

Texas is not done at tight end. Tom Herman identified Malcolm Epps and Mustapha Muhammad, both four-star talents from the Houston-area, as targets early in the cycle.

Epps is a 6-foot-6 tight end who physically looks more like a basketball player. He’ll need to add strength and muscle to his frame, but his ability to flex out and create mismatches because of his size makes him a coveted prospect. He was a one-time Alabama commit. The DeKaney product is expected announce before the season and Texas is in the lead.

Mustapha is a traditional tight end out of Fort Bend Ridge Point. He can play with his hand on the ground as a blocker and is athletic enough to be a threat in the passing game. The 6-foot-4, 235-pound tight end is the No. 5 ranked player at his position in the nation, per 247Sports Composite.