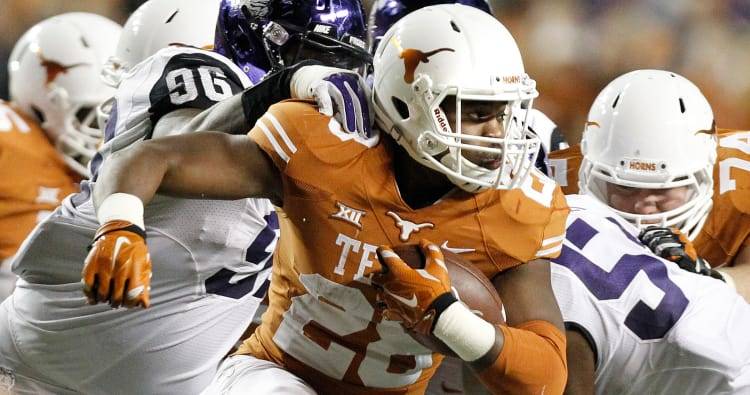 Malcolm Brown appears to be settling into the backup running back role for the Los Angeles Rams, according to reports out of the team’s training camp.

Earlier this week, first-year Rams coach Sean McVay told local media that he has been “pleasantly surprised” by the former Texas running back (2011-14).

“He’s kind of got a quiet confidence about himself, where he just goes about his business, very reliable, knows exactly what to do and how to do it and he is a guy that we can depend on,” McVay said.

The coach also went on to say that “Malcolm (Brown) has done a nice job establishing himself as that secondary role” behind Rams starter Todd Gurley.

The quote above should be music to Longhorns’ fans ears, as Brown has struggled to break through during his first two NFL seasons. He has a total of 22 carries for 56 yards and four receptions for 44 yards in 17 appearances.

Brown has a big opportunity in front of him after Lance Dunbar — who the Rams signed during the offseason — was placed on the Physically Unable to Perform (PUP) list with a lingering knee injury.  For now, Brown is solidly in the No. 2 role ahead of second-year running back Aaron Green rookie Justin Davis.

Next five up: Who might Texas land in the month of August?

Texas LB Malik Jefferson: ‘Sometimes you’ve got to look in the mirror to find your mistakes’