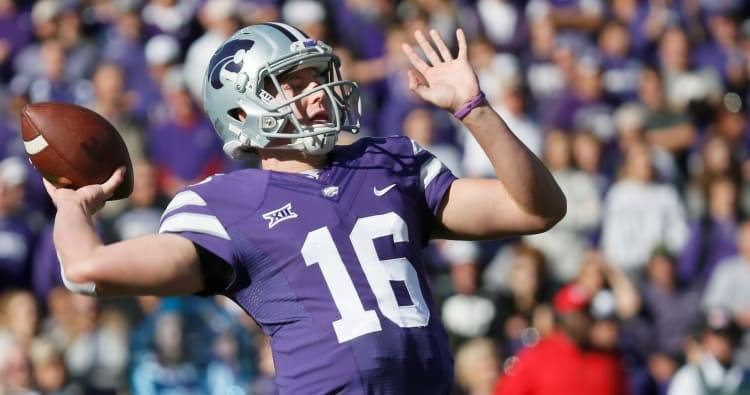 If you’re counting at home, that’s eight quarterbacks down — including two backups, and not including San Jose State or Maryland — and four more to go. That makes Jesse Ertz the fifth-best quarterback on Texas’ schedule. (Before you go taking that as a back-handed compliment, Jesse, hear us out.)

The Ertz who torched the Texas defense in 2016 probably deserves to be even higher on this list, but we’re going to take the whole picture while discussing Bill Snyder’s overachieving, 1,700-yard passing, 1,000-yard rushing, deceptively fast quarterback. (Er, sorry Jesse.)

In all seriousness, Ertz has a point when it comes to the labels he is given. Sure, the Burlington, Iowa, native was only a three-star prospect coming out of high school, but he proved last season that he absolutely belongs among the Big 12 hierarchy. Just don’t expect him to land near the top of the charts when it comes to passing yards per game. He’s more than happy to grind out yards in the Wildcats’ old-school, ball-control scheme.

All it took was one half for Ertz’s name to strike fear in the burnt orange faithful. He ran for two touchdowns and threw for another just before halftime to stake the Wildcats to a 21-7 lead in Manhattan. In total, Ertz completed 20 of 27 passes for 171 yards, a touchdown and an interception. More importantly, he carried the ball 18 times for 78 yards, and made the Longhorns look foolish on a 19-yard jaunt in the second quarter. He was the definitive MVP in the 24-21 K-State victory.

Next five up: Who might Texas land in the month of August?