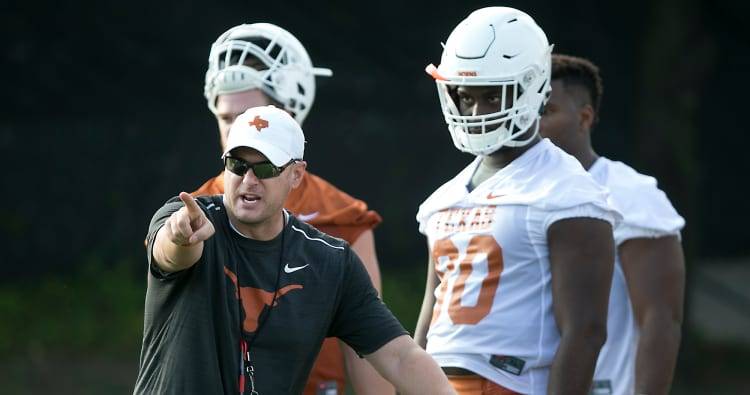 Tom Herman’s peers believe the new Texas coach will turn things around, apparently. The Longhorns debuted at No. 23 in the Amway preseason coaches poll.

The Associated Press Top 25 poll, the one given more credence, doesn’t come out until later in August. But the coaches poll is a sign that Herman’s arrival may rejuvenate the UT brand.

In fact, Texas is the only school in the preseason top 25 that had a losing record last season. The Longhorns were 16-21 the last three season under former coach Charlie Strong. The program hasn’t finished in the final AP Top 25 poll since 2012 when the Horns were 19th.

The top of the coaches poll offered few surprises. Alabama, Ohio State and Florida State were listed 1-2-3, respectively. USC, which hosts Texas at the Coliseum on Sept. 16, is fourth.

As for Big 12 schools, Oklahoma was eighth, Oklahoma State was 11th, Kansas State was 19th and West Virginia was 20th. Strong’s new team, South Florida, checks in at No. 21.

On Second Thought Ep 65: Tom Herman has concerns at RB; Jerry Jones and the Hall of Fame

Texas softball to play in Puerto Vallarta Challenge in Mexico