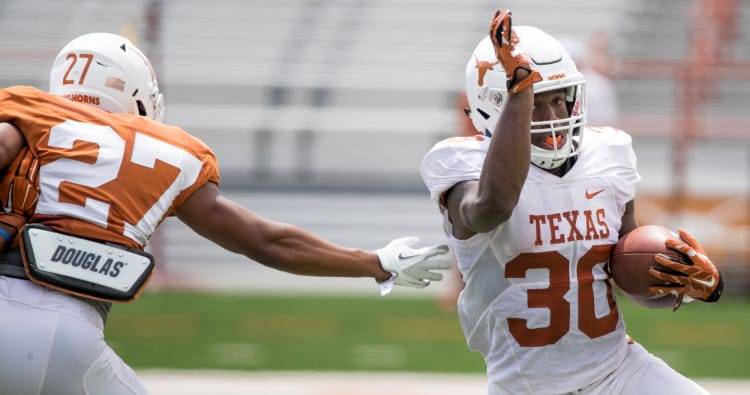 Let’s use Texas’ roster, history and scouting reports to countdown to the start of the 2017 football season. Today, we are only 30 days away from Texas’ home game against Maryland.

Which Longhorn wears No. 30? Freshman RB Toneil Carter, who ran for 60 yards during the Orange and White Game in mid-April and comes to Texas by way of Langham Creek High and a recruiting snafu at Georgia. Freshman DB Barrett Chambers, a walk-on and Sam Ehlinger’s classmate and teammate at Westlake, has also been assigned No. 30.

Fun fact about No. 30: The fifth and seventh-leading rushers in Texas’ history, Chris Gilbert and Roosevelt Leaks both appeared in 30 games at UT. D’Onta Foreman, who played in 28 games, is the only other player listed among UT’s top 10 rushers who competed in fewer than 35 games.

Longhorns in the NFL: Training Camp