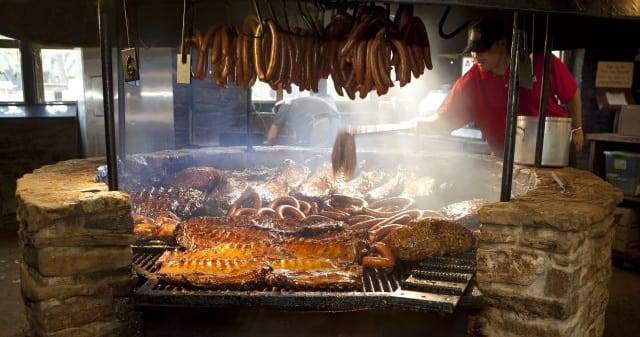 Somehow, the University of Texas has found a way to make the experience of a Longhorns game more … well, Texas.

Matthew Odam from the Austin American-Statesman reports that starting this season, Driftwood, Texas-based barbecue joint Salt Lick BBQ will have a concession stand at Royal-Memorial Stadium.

Are you ready for some #bbq? @saltlickbbq is opening two concession stands at DKR for @texasfootball season.

The stands will be located at Section 30 on Level 1 and Section 6 on Level 3. They’ll be serving up a pulled pork sandwich, chopped and sliced brisket sandwiches, sloppy nachos and a smoked sausage dog.

Fans can get their first (or, for many, next) taste at Texas’ season opener Sept. 2 against Maryland.

With “pads popping” for the first time, Texas trades in shorts for game-day situations