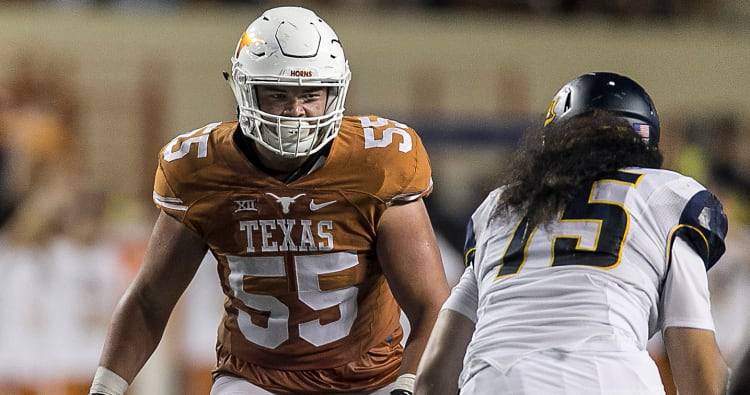 Any Texas fan with a Twitter feed will have seen the numbers. The analysts at Pro Football Focus have become a go-to source for statistical deep dives, especially when it comes to offensive linemen.

In the college football realm, perhaps no player has benefited from that deep dive more than Longhorns junior Connor Williams.

The praise isn’t solely coming from the stats gurus, though. Legendary Longhorns offensive guard Dan Neil had some very strong words when he spoke about Williams on Friday with Bucky & Erin on 104.9 The Horn.

“He’s a junior going into the season, and I’m sure he’ll leave. But if you look at his body of work if he were to stay four years, I think at the end of the day he’s the greatest offensive lineman in the history of UT which is saying something,” said Neil, who played at Texas from 1993 to 1996 before a nine-year career with the Denver Broncos.

As for those numbers? Pro Football Focus holds the left tackle in high regard based on its grading system for linemen.

According to their analysis, Williams has only allowed 21 total pressures in pass protection through his first two seasons and a 99.2 pass blocking efficiency grade. He also earned the No. 3 overall run-blocking grade in the NCAA.

He returns as the Big 12’s most efficient pass-blocking tackle. pic.twitter.com/U0gyvua3a3

If it feels like all this hype is coming from one place, it’s not. Remember that Williams was named an All-American in 2016, and is already starting to get attention as a potential first-round 2018 NFL Draft pick.

Entering his junior season, Williams has still only allowed one sack in his career, according to Bleacher Report’s Matt Miller, and that sack came on a quarterback scramble.

Maybe Neil is onto something. Then again, it would be a huge surprise if Williams sticks around past this season.