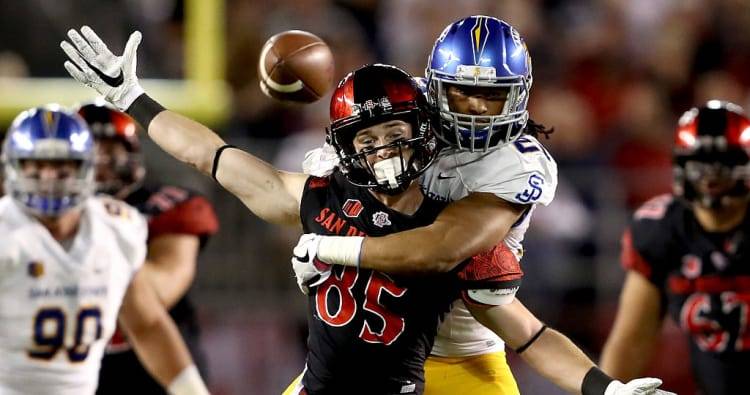 Don’t scoff. The worst team on Texas’ schedule, San Jose State still has a few stars. We already discussed one of them in wide receiver Justin Holmes, but Andre Chachere is on a different level. If you haven’t heard of him yet, you will. He stood out on a team that finished 4-8 last season, ranking fourth in FBS with 18 passes defended to go along with four interceptions and two forced fumbles. Despite ranking outside the top 80 in total defense, the Spartans were 19th nationally in passing yards allowed (188.6 per game).

Chachere is a ball hawk, but he’s not always the most disciplined in coverage. In the video above, you can see him get beat for a touchdown because he turned the wrong way on an outside route. Still, quarterbacks should be wary of believing a receiver covered by Chachere is open. He’s not afraid to take a risk for a big payoff. Eighteen pass break-ups speaks for itself.

While the Longhorns don’t play Maryland until Sept. 2, the college football season actually gets underway a week earlier with a few appetizer matchups. One of those is San Jose State versus South Florida (yeah, that South Florida) at 6:30 p.m. on CBS Sports Network.

Break out the pads: Three observations from Texas’ fifth practice of fall camp