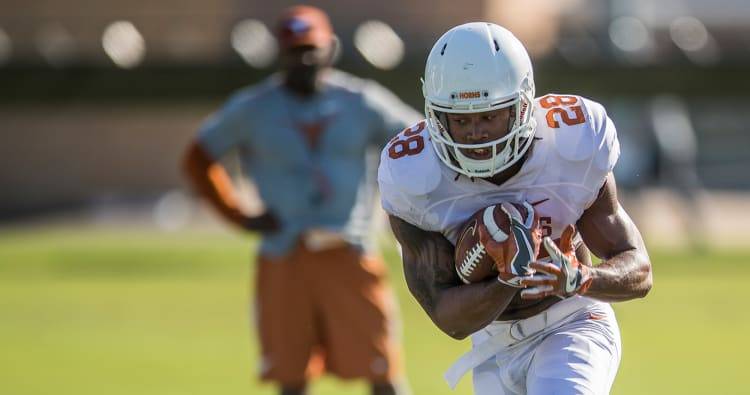 Let’s use Texas’ roster, history and scouting reports to countdown to the start of the 2017 football season. Today, we are only 28 days away from Texas’ home game against Maryland.

Which Longhorn wears No. 28? RB Kirk Johnson, the son of Johnnie and brother of Collin who has battled multiple injuries since he arrived at Texas in 2015. DB Jarmarquis Durst, who didn’t play last year after transferring from Tarleton State, also wears No. 28.

Fun fact about No. 28: Of Major Applewhite’s 1,065 passes at Texas, only 28 were intercepted. Applewhite owns the school records for consecutive passes without an interception (156) and lowest percentage of passes intercepted in a career (2.6).