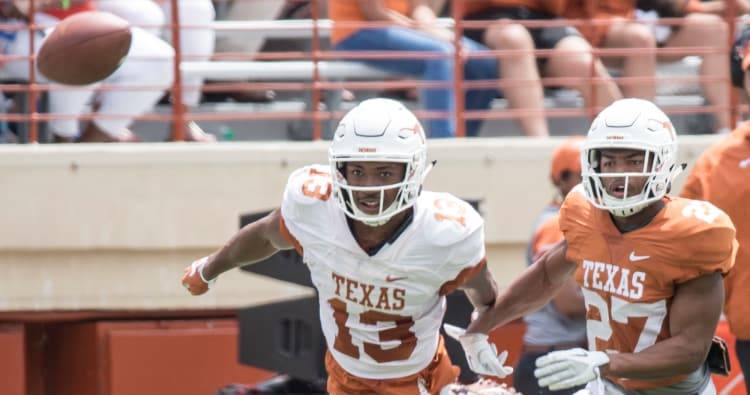 Let’s use Texas’ roster, history and scouting reports to countdown to the start of the 2017 football season. Today, we are only 27 days away from Texas’ home game against Maryland.

Which Longhorn wears No. 27? DB Donovan Duvernay, a redshirt freshman who is the twin brother of UT WR Devin Duvernay. RB Roderick Bernard was also listed as No. 27 on the Texas roster, but Tom Herman announced at the Big 12 Media Days that the Houston product has medically retired.

Fun fact about No. 27: During his Heisman Trophy-winning season in 1998, Ricky Williams set a UT record when he rushed for 27 touchdowns. Are 27 touchdowns a lot? Consider that A.J. “Jam” Jones ran for 27 touchdowns in his entire Texas career, and that ranks 10th on the school’s all-time list.