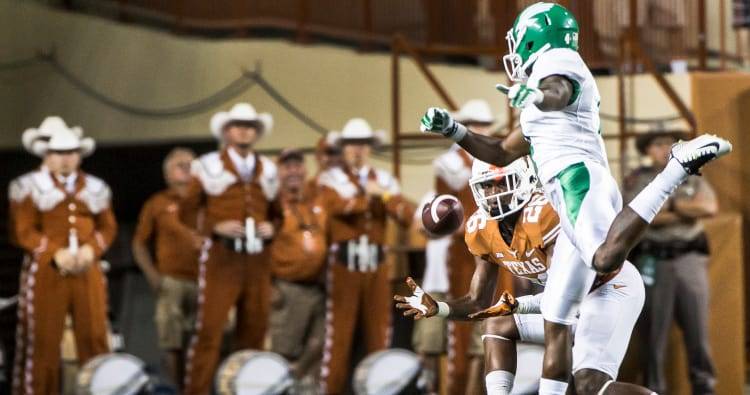 Let’s use Texas’ roster, history and scouting reports to countdown to the start of the 2017 football season. Today, we are only 26 days away from Texas’ home game against Maryland.

Which Longhorn wears No. 26? Freshman DB Eric Cuffee and junior RB Tim Yoder, who respectively accounted for five tackles and 18 rushing yards at the Orange and White Game in April. DB Adrian Colbert wore No. 26 at Texas from 2012-15 before he transferred to Miami and became a seventh-round pick for the San Francisco 49ers.

Fun fact about No. 26: At Texas, the most touchdowns thrown in a single season by a quarterback not named Colt McCoy are the 26 recorded by Vince Young in 2005 and Chris Simms in 2002. Those 26 touchdown tosses, though, rank in a tie for fourth at UT since McCoy had 34-, 29- and 27-touchdown seasons.