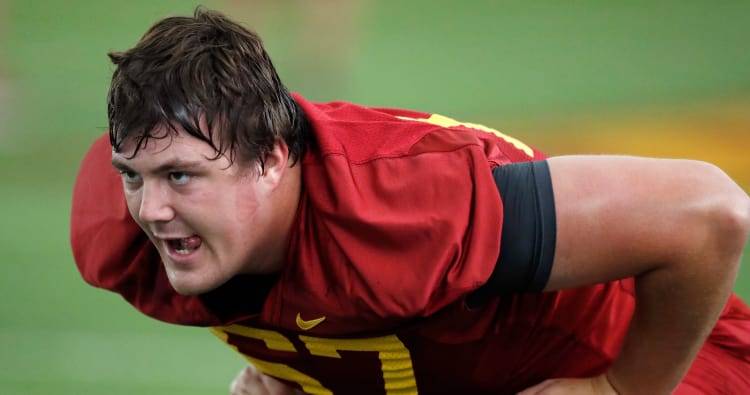 Jake Campos is a mountain of a man. At 6-foot-8, 300 pounds, he’s one of the tallest players in college football. He’s also a key figure in what Iowa State hopes can be a breakthrough season. The Cyclones have plenty of offensive weapons and a talented quarterback in Jacob Park. Now, after missing all of 2016 due to injury, the experienced Campos returns to anchor the offensive line.

Campos started 23-straight games before a fracture in his leg kept him out last season. In 2015, he started all 12 games at left tackle as the Cyclones averaged 182.0 yards per game on the ground and 408.3 yards overall. Coming out of high school, he was a four-star recruit and the highest-ranked recruit in Iowa State’s 2013 class.

As mentioned several times throughout this series, the Cyclones have potential to be dynamic offensively. Mike Warren and David Montgomery are capable tailbacks, Deshaunte Jones is a rising star and Allen Lazard is one of the best wide receivers in college football. It’ll be up to the offensive line to establish balance and allow Park time to tap into his vast potential.