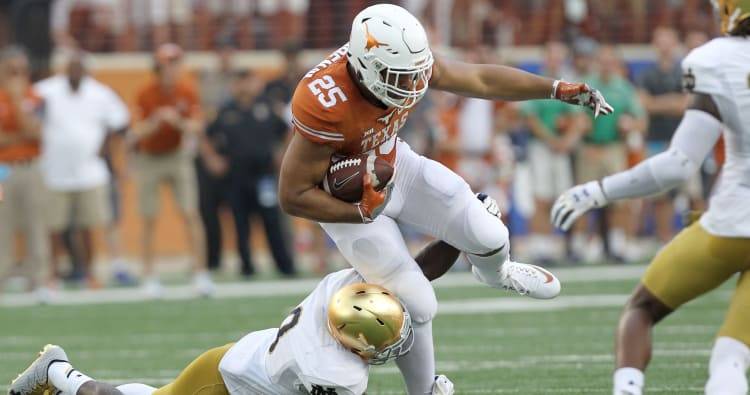 Let’s use Texas’ roster, history and scouting reports to countdown to the start of the 2017 football season. Today, we are only 25 days away from Texas’ home game against Maryland.

Which Longhorn wears No. 25? Junior RB Chris Warren III, who missed eight games last year with a knee injury but will lead all of UT’s returning rushers with his 836 career yards. Warren’s father, who played 11 years in the NFL, ran for 3,121 yards during his time at Virginia and Ferrum College.