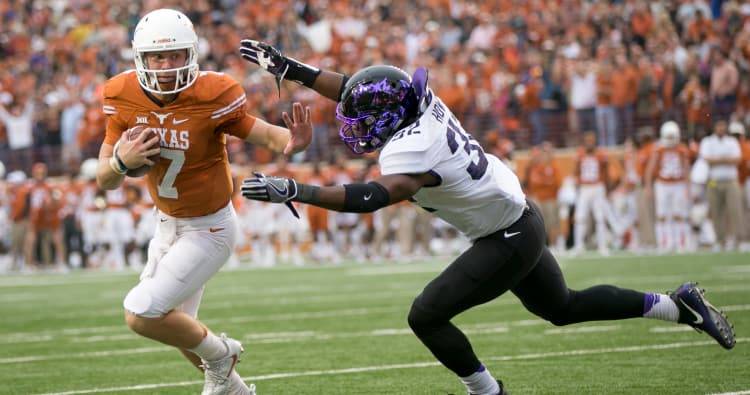 The Big 12’s leading tackler in 2016 is back for another round. TCU senior Travin Howard had 130 total tackles last season, which was the ninth-highest total in the FBS and left him six shy of tying the program record. The converted safety from Longview has 235 tackles over the past two seasons. He might have had even more in 2016, except for an emergency appendectomy during preseason.

Howard isn’t likely to wow you with many big hits or flashy blitzes. Of his many tackles, only 11 have been for losses. He’s simply a sturdy presence in the center of TCU’s defense who is ready to plug any holes at a moment’s notice. At times he can also drop back to his old position of safety. However, if Howard is too involved it probably means the defensive line isn’t doing much to stop runs up the middle.

The post Top opponents for Texas in 2017, No. 25: TCU LB Travin Howard appeared first on HookEm.

The Longhorns have to explore beyond Texas borders for linemen