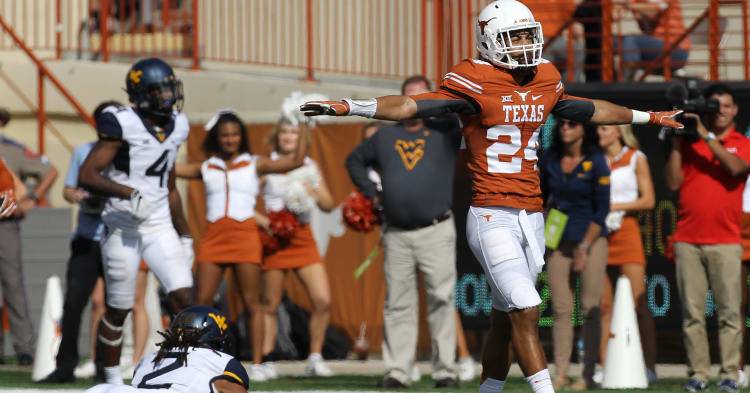 Let’s use Texas’ roster, history and scouting reports to countdown to the start of the 2017 football season. Today, we are only 24 days away from Texas’ home game against Maryland.

Which Longhorn wears No. 24? DB John Bonney, who led the Longhorns last year with his nine pass break-ups. After Texas tinkered with the idea of using Bonney as a safety or nickelback this spring, he has returned to playing cornerback.

Fun fact about No. 24: During the 1977 season, Earl Campbell and Ham Jones combined for 24 touchdown runs. The 2,233 yards the Campbell (1,744) and Jones (489) collaborated on that season is a school record for UT running backs. D’Onta Foreman (2,028) and Chris Warren III (366) actually combined for 2,394 rushing yards last year, but Warren fell 34 yards short of the history books’ minimum requirement during his injury-shortened year.

Lost but not forgotten, Texas tight ends are making a comeback under Tom Herman