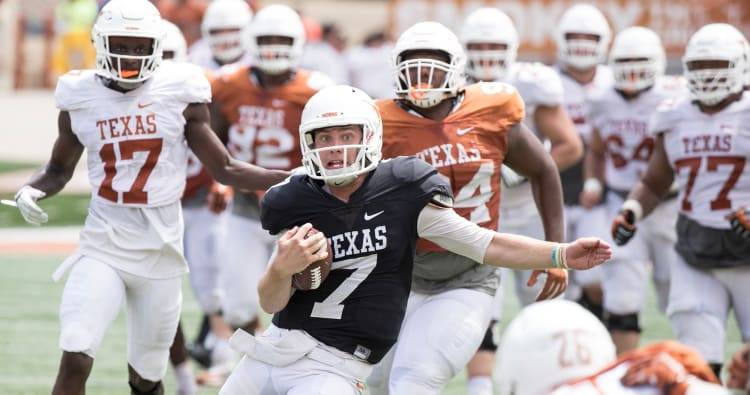 Sports Illustrated is placing its trust in Texas quarterback Shane Buechele. In its annual preseason rankings, the magazine placed the Longhorns at No. 23.

Focusing on the sophomore signal-caller, the outlet predicts a resurgence for the program under first-year coach Tom Herman. The rankings agree with the assessment by Herman’s peers, who placed Texas at No. 23 in the Amway preseason coaches poll.

While bullish on Buechele becoming more of a leader, SI says the Longhorns are still “a year away” from making noise in the Big 12 title race.

Elsewhere in the rankings, No. 4 Oklahoma State leads five ranked teams from the conference. Oklahoma comes in just behind at No. 6, with Kansas State and West Virginia also placed ahead of Texas.

Charlie Strong-led South Florida is the highest-ranked Group of Five team at No. 17.

To see the full rankings and SI’s analysis of Buechele, click here.

The post Texas comes in at No. 23 in Sports Illustrated preseason rankings appeared first on HookEm.