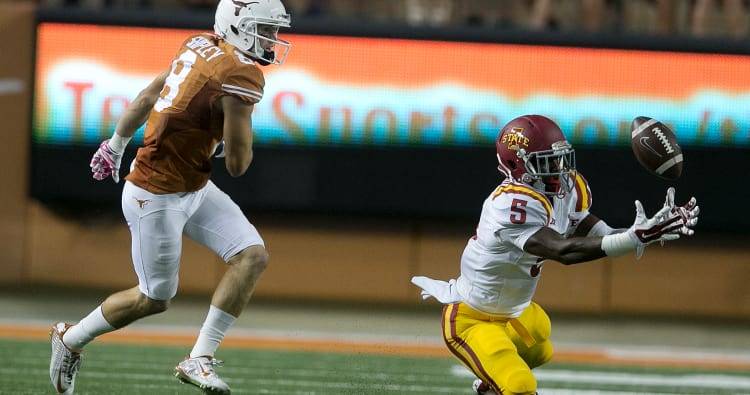 When he’s been healthy, Kamari Cotton-Moya has been one of the best safeties in the Big 12 since 2014. Rumors swirled during the offseason that the 2014 Big 12 Defensive Freshman of the Year might be headed out of Ames, but he’s back. The 6-foot-2, 198-pound fifth-year senior from Bakersfield, Calif., brings 27 starts, 190 tackles, 6.5 tackles for loss, 16 passes defended and two interceptions to the Cyclones’ defensive backfield. That experience will be invaluable for a unit that likely holds the key to getting Iowa State to its first bowl since 2012.

Cotton-Moya sat out the spring game to let his injured shoulder heal, but he’s back at full strength. Throughout his career he’s been an anchor at the back of the Cyclones’ defense. It helps having cornerback Brian Peavy back too, but there will be a lot of inexperience elsewhere. Some big plays by Cotton-Moya — like his pick-six and forced fumble last year against Texas Tech — could make a huge difference.

As a freshman in 2014, Cotton-Moya had four tackles and two pass break-ups against the Longhorns. He made three tackles last fall.

Texas comes in at No. 23 in Sports Illustrated preseason rankings