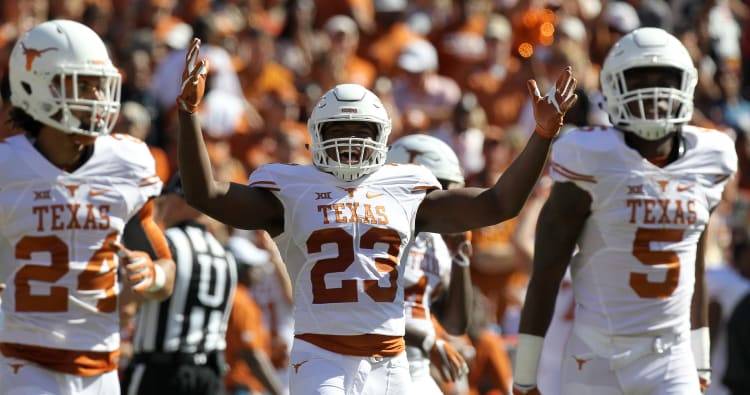 Let’s use Texas’ roster, history and scouting reports to countdown to the start of the 2017 football season. Today, we are only 23 days away from Texas’ home game against Maryland.

Which Longhorn wears No. 23? LB Jeffrey McCulloch, who will compete with senior Naashon Hughes for playing time after compiling 23 tackles during his freshman year. Junior DB Jordan Strickland, who has yet to play at Texas, also wears No. 23.

Longhorns in the NFL: D’Onta Foreman shines in preseason