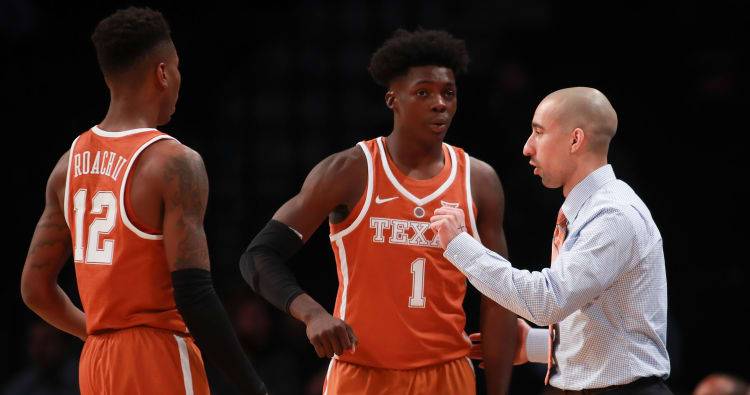 Credit Rhonda Evans, a senior lecturer in the College of Liberal Arts, for getting the Texas men’s basketball team fully prepared for its upcoming trip to Australia.

Over five weeks, UT coach Shaka Smart said Evans “talked about all different types of things related to Australian culture, cuisine, animals over there, like kangaroos. I think at one point she showed a fight where a kangaroo punched a guy.”

The Longhorns leave on Saturday for a 12-day tour through Australia where they’ll play four exhibition games against local pro teams. All games will start at 4 a.m. Central time, and considering these are against professionals, Smart said, “I’ll be surprised if we don’t lose a game or two.”

While winning would be great, that’s not exactly the point of this trip. College teams take international trips like these in August to forge tighter bonds and prepare for the season. The coaches get to see how players react outside of their normal bubble. The players get what may be a once-in-a-lifetime experience.

The NCAA allows these trips only once every four years. The UT men’s team hasn’t gone on a summer foreign trip since Tom Penders took his team to Australia in 1996. Texas’ 2015 trip to China didn’t count against that because their game there against Washington was a regular-season game. Rick Barnes, someone known to visit foreign locales on his personal time, chose to stick close to home.

“I felt like going into this third year would really make sense to go overseas,” Smart said. “I thought we would have some guys returning that had a decent amount of experience and hopefully a good group of guys coming in.”

On Tuesday, Texas will face the Dandenong Rangers, a team from the Australia State League, which is one rung below the Australian National Basketball League. On Wednesday, the Horns face NBL team Melbourne United, a team that will come stateside to play some NBA preseason games.

Smart’s club will play the Cairns Taipans on Friday and the Illawarra Hawks on Aug. 21 before coming home. Along the way, the players will see the Royal Melbourne Zoo and the Great Barrier Reef.

All games will be played under international rules, because as Smart said, “We’re on their soil, we’re on their home court.” There are no plans to broadcast on television. It’s hoped that some of the games could be live-steamed on the internet, although no plans have been finalized.

“One thing I’m excited about, these are professional players in Australia in a really good league,” Smart said. “But our guys think they’re going to play in the NBA. If you’re good enough to play in the NBA, now you’ve got a chance to measure yourself.”

Collin Johnson, fellow Texas receivers are being challenged to be more physical