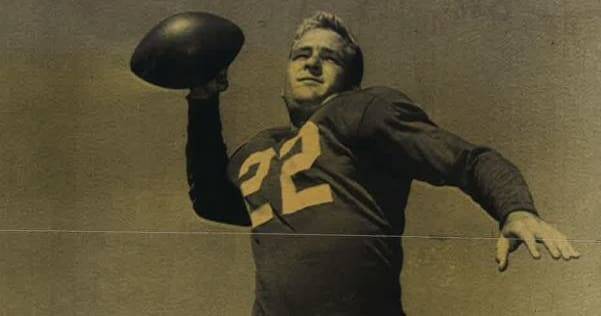 Let’s use Texas’ roster, history and scouting reports to countdown to the start of the 2017 football season. Today, we are only 22 days away from Texas’ home game against Maryland.

Which Longhorn wears No. 22? Nobody. Texas retired Bobby Layne’s old number in 2008. Layne, who died in 1986, threw for 3,145 yards from 1944-47, and he also compiled a 40-7 pitching record for the UT baseball team. RB Eduardo Fragoso and DB Phillip Geiggar were the last Longhorns to wear No. 22, but no player has donned that number since the 2004 season.

Fun fact about No. 22: Thanks to two successful years at Houston, Tom Herman will enter this fall with a 22-4 record as a head coach. Of the 29 UT coaches before him, only Dana Bible (127 wins in 21 seasons), Mack Brown (80 wins in 13 years), E.J. Stewart (47 wins in 10 years), John Mackovic (44 wins in seven seasons), Charlie Strong (37 wins in four seasons) and William Juneau (24 wins in five seasons) were hired with more wins on their resumes.