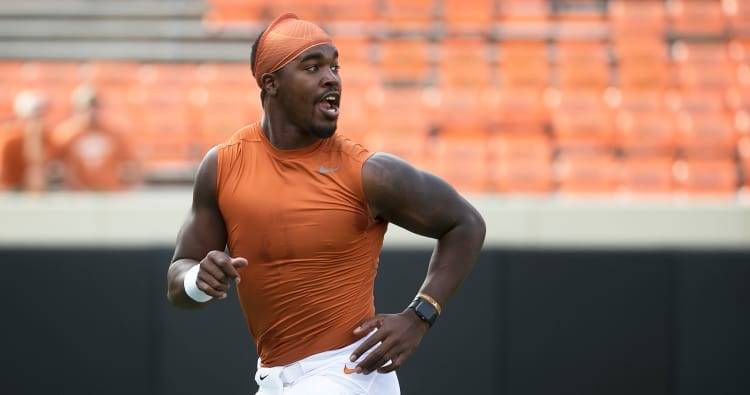 The 18 Wheeler’s transformation is almost complete, and it might just land him on an NFL roster.

Tyrone Swoopes, the Texas quarterback known more for his bruising running style than his arm, has impressed the Seattle Seahawks in his first NFL training camp. Brought in as an undrafted tight end, Swoopes’ new position appears to be suiting him just fine.

On Thursday, Seahawks coach Pete Carroll told the Tacoma News Tribune that he has been “blown away” by how quickly Swoopes made the transition.

“We thought that might be a challenge,” Carroll said.

“He has had no problem catching the football. His route running is pretty good. What it takes to play quarterback could add to wherever you are going to go next. He has taken the awareness and the experience — he understands routes and concepts and principles and where the ball is going.”

In perhaps an unlikely twist, Swoopes turned heads Thursday when he made a diving grab of a pass thrown by former Big 12 rival Trevone Boykin out of TCU.

The catch even caught the attention of Seahawks starter Russell Wilson.

In addition to his catching ability, Carroll and Wilson also raved about Swoopes’ blocking ability, which the former blue-chip recruit said has been his biggest challenge thus far.

RELATED: Tyrone Swoopes works out as a tight end for NFL scouts

When was the idea of “Swoopes the tight end” first floated? That seems to be in dispute. In his interview with the News Tribune, he claimed it was an idea hatched by his agent after his final game at UT.

However, Longhorns fans will know that Swoopes had addressed the question of a position change well before that. Last September, after it became clear Shane Buechele had taken the reigns as Texas’ full-time starter, Swoopes downplayed the thought of moving to tight end.

“I feel like I have pretty good hands,” Swoopes said then. “Of course, if I were to do something right now, I wouldn’t be able to do what I needed to do to be successful.”

It turns out he was right about his hands, and anyone who watched him play in college knew physicality wouldn’t be a problem. Swoopes rushed for 966 yards and 24 touchdowns during his time on the 40 Acres.

Now it’s all coming together, and the player many considered an NFL long-shot has pulled his dream within reach. The Seahawks open their preseason Sunday against the Chargers.

The 2018 Fabulous 55: This year’s top recruits staying close to home