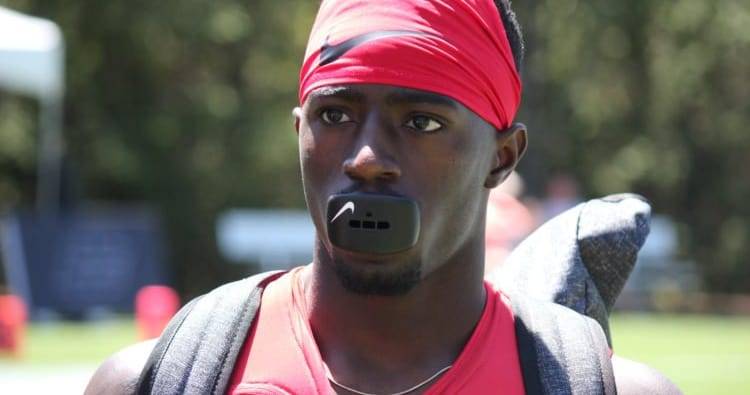 Texas’ recruiting resurgence was highlighted on the newest edition of the Fabulous 55. A year after failing to sign a single player in the top 10 of the list, Tom Herman’s program holds commitments from half of the top 10 and 11 of the 55 following the recent commit of tight end Malcolm Epps.

Texas A&M is second with nine commitments. No other team holds more than four.

Texas’ 2018 recruiting class ranks No. 2 in the nation, trailing only Ohio State. The Longhorns enter mid-August with 17 commitments. Twelve of those players are in-state, and 11 made the Fabulous 55 list. Only kicker, Cameron Dicker, was left off the list, and he ranks as the No. 1 prep kicker in the nation.

Catching Ohio State for the No. 1 spot might prove difficult because the Longhorns don’t have the scholarship numbers to sign a full class. It is expected Texas will sign around 22 players in the 2018 class, leaving approximately five spots remaining. That number could increase based on variables like early departures for the NFL, transfers or injury casualties.

Herman’s push for a top class was part of his recruiting mantra from the start of the 2018 cycle.

“We don’t sign backups at the University of Texas. We don’t sign role players at the University of Texas. We sign guys that we know and believe through our evaluation process can help us win championships,” he said on national signing day in February.
Remaining a top five class despite not signing a full 25-man class is doable for the Longhorns, especially if Herman can keep all 17 members of the current class committed until national signing day while adding more elite players from the state of Texas like Fabulous 55 members Anthony Cook (4), Jaylen Waddle (13), D’Shawn Jamison (17), Joseph Ossai (25) and Rafiti Ghirmai (33).
Texas is also still actively recruiting Texas A&M commit Max Wright, who ranks No. 6 on the list. Defensive end is the lone position without a commitment in 2018, so players like Wright and Ossai will remain targets throughout national singing day, as is former Texas commit Ron Putnam and out-of-state four-star prospect Ronnie Perkins.

RELATED: Longhorns lead the way with 11 commits on our updated Fabulous 55

The early success in this class allows Herman to focus on a handful of remaining targets and get a jumpstart on the 2019 class. The Longhorns’ only commitment in the 2019 class is dual-threat quarterback Roschon Johnson out of Port Neches-Grove. Expect that number to increase by the end of football season.

In 2018, most of the groundwork is finished. Texas feels good with its 17 commitments and is confident in four to six remaining targets. The duo of Houston Lamar cornerbacks – Cook and Jamison – would wrap up the cornerback class and give Texas the best secondary class in the nation.
Texas would also like to add another defensive tackle alongside recent commit Keondre Coburn, who ranks No. 10 on the Fab 55. The best in-state option is Bobby Brown of Arlington Lamar, who checks in at No. 20 and plays at the same high school that produced current Texas quarterback Shane Buechele.

Tom Herman: ‘Winning becomes like a drug for me’