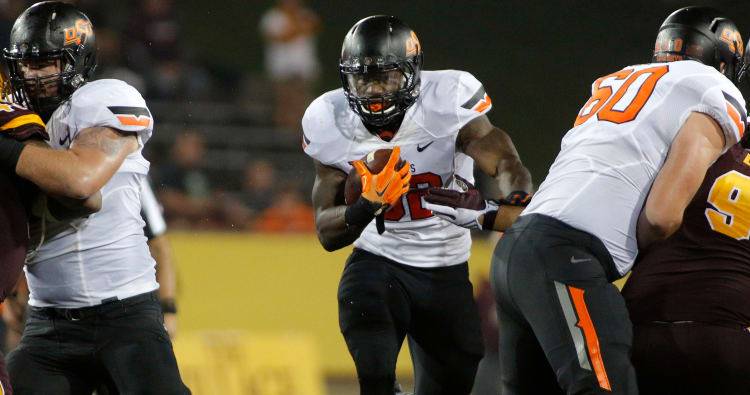 Zach Crabtree has 34 starts to his name, which makes him one of the most experienced players in the Big 12. Experience alone didn’t get him on this list, though. The 6-foot-7, 310-pound right tackle from Mansfield was a second-team All-Big 12 performer in 2016 and a preseason selection for All-Big 12. The Cowboys are expected to have one of the top offenses in college football this season, and Crabtree is a big reason why.

Mason Rudolph and James Washington get a lot of the headlines, and rightfully so, but the Cowboys’ run game made a huge leap in 2016. The line, led by Crabtree, opened holes for Justice Hill to rush for 1,142 yards — the most by a freshman in the FBS. Hill is back and should be even better as long as the line can hold up its end of the bargain.

The Cowboys lost left tackle Victor Salako to graduation last year, so it would have seemed natural for Crabtree to move over to protect Rudolph’s blindside. Instead, Oklahoma State landed graduate transfer Aaron Cochran from Cal. According to The Oklahoman, Cochran weighed 365 pounds when he visited Stillwater, but has trimmed down to 332 to fit in the Cowboys’ up-tempo system. That means Crabtree will stay on the right side. Both he and Cochran have potential to blaze a path to the NFL.