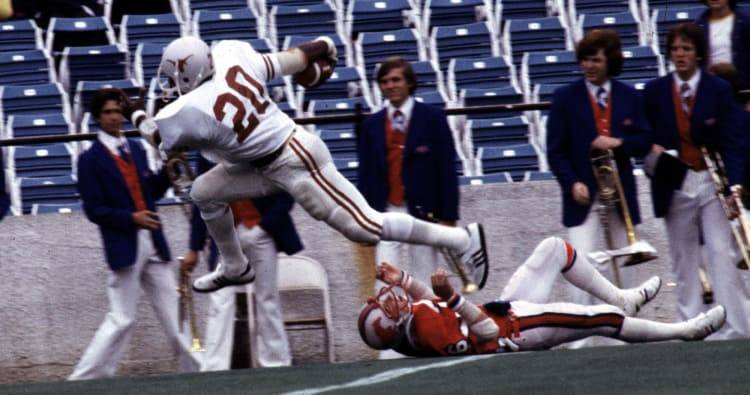 Let’s use Texas’ roster, history and scouting reports to countdown to the start of the 2017 football season. Today, we are only 20 days away from Texas’ home game against Maryland.

Which Longhorn wears No. 20? Nobody. Earl Campbell’s number was the first retired by Texas as the Longhorns took it out of circulation in 1979. Ahead of an eight-year NFL career, Campbell rushed for 4,443 yards from 1974-77 and won UT’s first Heisman Trophy in 1977.

Fun fact about No. 20: No assistant coaches have remained at Texas longer than Mike Campbell and Bully Gilstrap, who both lasted 20 years in Austin. Gilstrap served under three coaches from 1937-56. The following year, Campbell began his 20-year run alongside Darrell Royal.