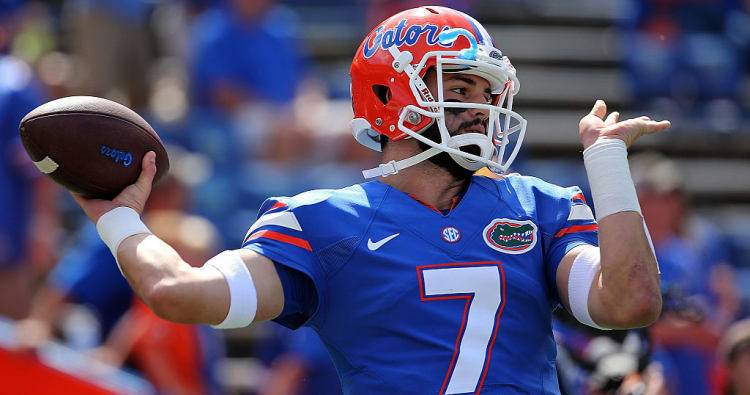 So is Grier really worth all the hype? Consider this: In six games at Florida, he completed 65.8 percent of his passes for 1,204 yards, 10 touchdowns and three interceptions. The Gators, 7-5 the year before, started the year 6-0 and finished 4-4 without him. Even after he was suspended for using performance-enhancing drugs, he had offers from some of the best programs in the country. So yeah, there’s some merit there.

Grier is an instant upgrade over last year’s starter Skyler Howard, who had back-to-back 3,000-yard passing seasons in West Virginia’s offense. It’s also worth noting that in addition to Grier, West Virginia has a new play-caller in offensive coordinator Jake Spavital. In his only season at Cal, Spavital called the plays as Bears quarterback Davis Webb racked up 4,295 yards and 37 touchdowns.

Will Grier be enough?

In addition to Grier, the Mountaineers have a deep backfield led by the Big 12’s top returning rusher Justin Crawford (1,184 yards). After that, things get pretty thin. West Virginia has only nine returning starters, total. They lost their top two receivers from last year, and that unit could get even thinner. As of Aug. 9, Jovon Durante had not reported to camp. With so much youth and inexperience, it’s difficult to imagine the Mountaineers matching their 10-3 campaign from last year — no matter how good Grier is.

The post Top opponents for Texas in 2017, No. 20: West Virginia QB Will Grier appeared first on HookEm.