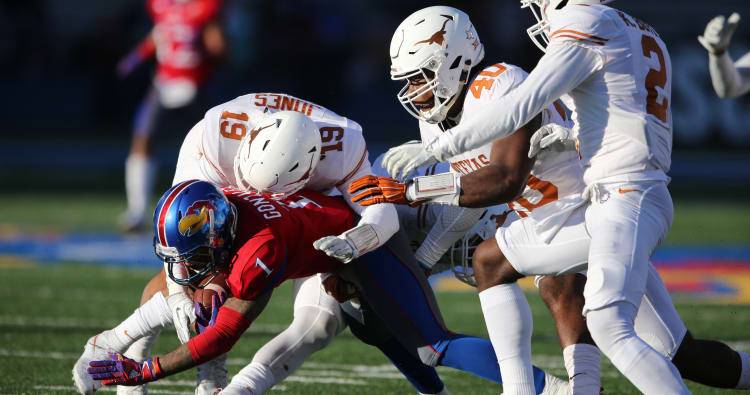 Let’s use Texas’ roster, history and scouting reports to countdown to the start of the 2017 football season. Today, we are only 19 days away from Texas’ home game against Maryland.

Which Longhorn wears No. 19? Sophomore DB Brandon Jones, a projected starter at one of the safety spots who totaled 16 tackles and two blocked punts last year. A four-star signee in 2016, Jones is joined by fellow Nacogdoches High product Josh Thompson in Texas’ secondary.

Fun fact about No. 19: Texas’ largest comeback in a bowl game was recorded in the 2001 Holiday Bowl when UT overcame a 19-point deficit in a 47-43 win over Washington. Texas has staged only three larger comebacks with the biggest coming in 2004 when the Longhorn turned a 28-point shortfall into a 56-35 regular-season rout of Oklahoma State.