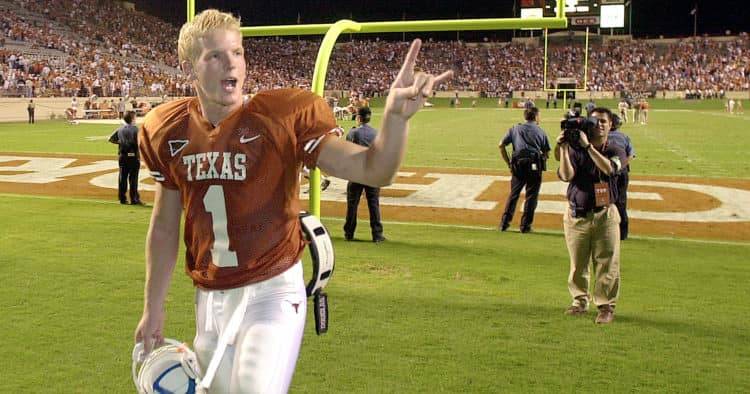 Chris Simms is returning to college football, but he won’t be involved with Texas.

NBC Sports announced Monday that it has added Simms as a studio analyst for the 2017 football season, where he will join host Liam McHugh for “Notre Dame Football on NBC.”

Simms will also serve as a co-host for the daily “PFT Live” show on NBC Sports Radio alongside Mike Florio.

Since retiring from the NFL in 2010, Simms has taken on various roles in sports media. He previously appeared on Fox Sports and CBS and currently hosts a podcast for Bleacher Report.

Simms remains a controversial figure for Longhorns fans nearly 15 years after he last played on the 40 Acres. In December, he made headlines when he dredged up old feelings on his relationship with former teammate and current Houston head coach Major Applewhite.

RELATED: Simms: Major Applewhite ‘treated me like crap’ at Texas

The two were part of a heated quarterback controversy that divided the fan base in 2001.

Still, it seems an odd fit for a former player like Simms to be an analyst for team-specific coverage of a school he didn’t go to. Entering its 27th season, “Notre Dame Football on NBC” will be headlined by play-by-play man Mike Tirico with analyst Doug Flutie and sideline reporter Kathryn Tappen.