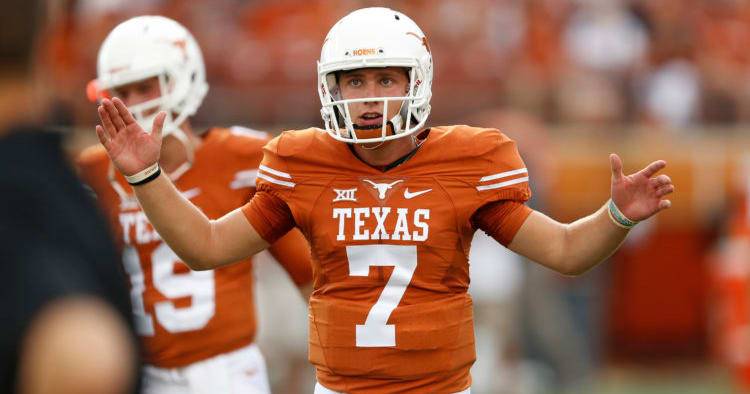 You’ve heard it plenty of times. The Big 12 is a quarterback’s league.

But let’s add to the delightful hype. The Big 12 is almost like quarterback heaven. Lots of snaps. Lots of passes. Stats inflated like summer temperatures.

Last year, Texas Tech’s Patrick Mahomes led the country in passing. He threw for 5,052 yards, including an NCAA-record 734 against Oklahoma, and didn’t enjoy the benefit of a bowl game to spike his stats even higher. Oklahoma’s Baker Mayfield finished third in the Heisman Trophy balloting, and Oklahoma State’s Mason Rudolph ranked eighth nationally in passing with 4,091 yards.

That was a somewhat ordinary year for the league.

There’s a chance this season could be extraordinary.

For the rest of the story, detailing whom to watch this year, click here

The post Will this year be the Year of the Quarterback for the Big 12 — again? appeared first on HookEm.

Top opponents for Texas in 2017, No. 19: USC TE Daniel Imatorbhebhe