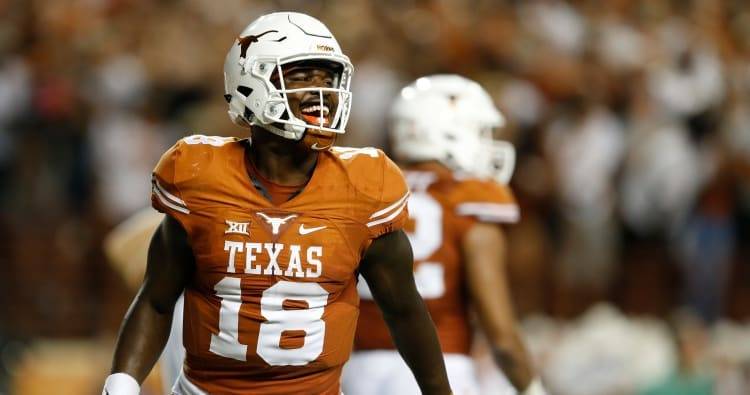 Let’s use Texas’ roster, history and scouting reports to countdown to the start of the 2017 football season. Today, we are only 18 days away from Texas’ home game against Maryland.

Which Longhorn wears No. 18? Junior DB Davante Davis and sophomore QB Josh Covey. Davis wore No. 9 while making nine starts over the past two years and Covey was once No. 29 on the roster, so UT fans likely associate No. 18 with Tyrone Swoopes and the 18-Wheeler package. Swoopes is currently trying to make it in the NFL as a tight end.

Fun fact about No. 18: The 18 touchdown passes thrown by Todd Dodge from 1983-85 rank 13th in UT’s all-time record book. Dodge is currently the head coach at Austin’s Westlake High, and his quarterback for the past three years was 2017 Texas signee Sam Ehlinger. In December, Dodge told the Austin American-Statesman that Ehlinger would be a better quarterback for the Longhorns than he was.