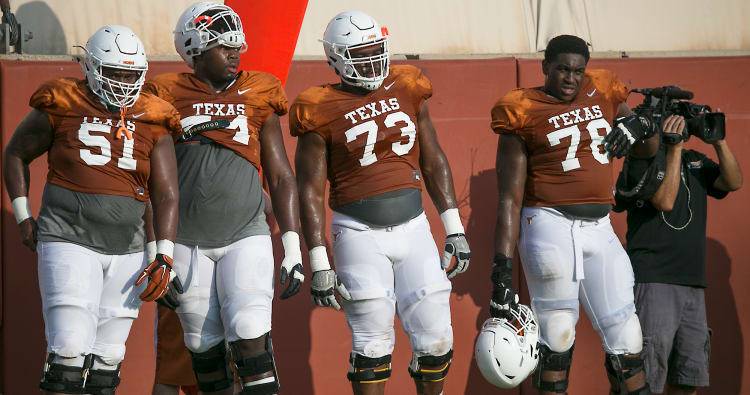 With 18 days to go before its season opener against Maryland, Texas has lost another player in its battle with attrition.

On Tuesday, offensive tackle Jean Delance announced that he will transfer. Delance, who was entering his sophomore year at Texas, did not say which school he will transfer to.

Recruited out of North Mesquite in 2016, Delance was a four-star prospect when he signed with Texas.  The 6-5, 320-pound Delance appeared in only two games during his freshman year. Texas offensive line coach Derek Warehime, though, recently said that Delance had “taken some major steps forward” in his development.

Despite Delance’s departure, Texas is still stocked with tackles. Connor Williams is an All-American candidate at left tackle, and Elijah Rodriguez was battling with Tristan Nickelson and Denzel Okafor for the other starting gig before he suffered an ankle injury. Freshmen Derek Kerstetter, J.P. Urquidez and Samuel Cosmi have also gotten reps at the tackle position as UT attempts to preach versatility to its linemen.