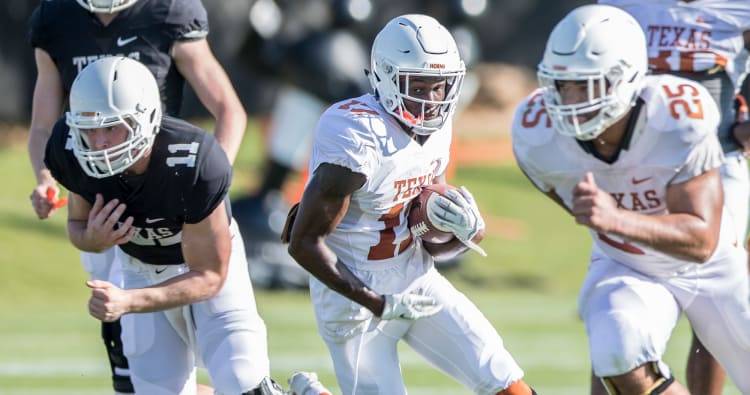 Let’s use Texas’ roster, history and scouting reports to countdown to the start of the 2017 football season. Today, we are only 17 days away from Texas’ home game against Maryland.

Which Longhorn wears No. 17? WR Reggie Hemphill-Mapps, a redshirt freshman whose five receptions in the Orange and White Game were bested by only Collin Johnson’s eight catches. Jimmy Morton also wears No. 17, but the walk-on quarterback likely won’t see any playing time this fall.

Fun fact about No. 17: In a 42-21 loss to Kansas State in 2012, Case McCoy completed 17 straight passes. That feat came four years after Colt McCoy connected on 17 consecutive passes against Missouri on Oct. 18, 2008. Those strings of 17 straight completions are bested in the UT record books by only Colt McCoy’s 18-pass streak, which was recorded a week after his performance against Missouri.